Action Forex
HomeContributorsFundamental AnalysisIs the Fed Preparing to Crash the Markets, Or Will it Give...

Is the Fed Preparing to Crash the Markets, Or Will it Give Them a Helping Hand?

The weekly balance sheet data from the Fed showed an increase of 10.4 billion – a very unexpected change as the central bank should, on the contrary, have accelerated the balance sheet reduction since the beginning of September. 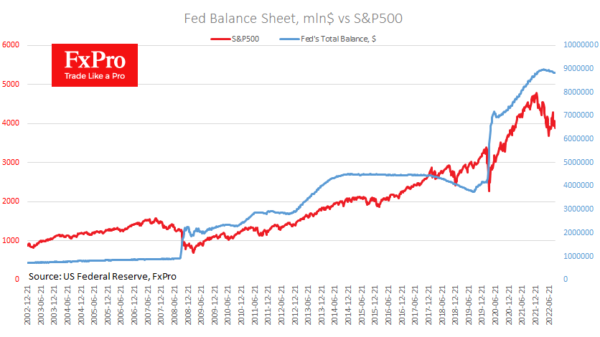 However, so far, the Fed has broadly stuck to its plan. The official release on May 4 stated that the balance sheet would be comprehensively reduced by a maximum of $47.5 billion per month from June 1. Over the 13 weeks of the summer, the reduction is $89bn, which is very close to the stated targets. It is also worth noting that the Fed has some headroom, as the balance sheet peaked at $8.946bn in mid-April, having shrunk by almost $133bn in that time. 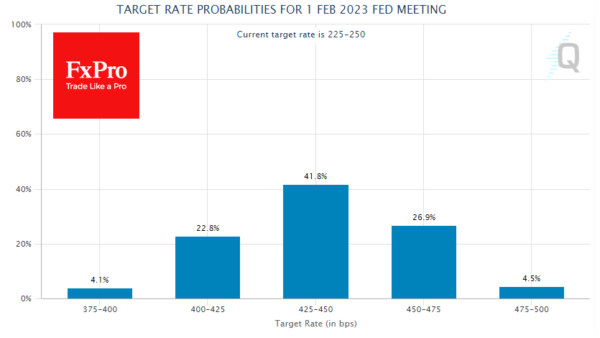 The latest weekly data might be nothing more than a short-term divergence from the trend, while in the coming weeks, the Fed will intensify balance sheet sales at double the rate they did last summer. Add to that the 20% chance that the Fed will raise interest rates on Wednesday by 100 points at once, i.e., increasing the already unprecedented rate of policy tightening, and you get the perfect mix for the market storm we saw starting a week ago.

At the same time, unnecessary fears that the Fed will hike rates harshly are creating speculative potential. A 75-point rate hike will cause overvaluation in the markets as this 20% chance of a tougher move will be recouped. A change in longer-term expectations has an even more significant potential impact on the market.

The markets are now pricing in a 200-point increase to 4.25-4.50% on February 1, 2023, and the Fed will keep rates at that level at least until next year’s end. A change in these expectations in either direction would be a significant driver for markets after the Fed.

An increase in the level from which the rate will plateau will press the markets and support the dollar. The opposite is also true. With a lower expected key rate, recovery in equities could begin and the dollar’s rise risks slowing or reversing.