US Job Growth Slows in December 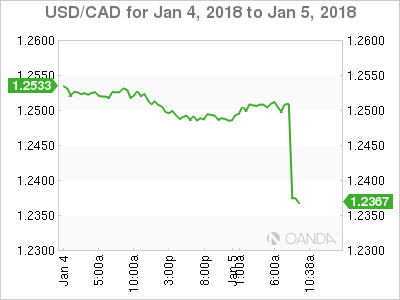 This morning’s strong data would likely increasing pressure on the Bank of Canada (BoC) to hike interest rates much sooner than the market has being calculating. Odd’s for a Jan hike next week are currently trading at +50%.