In the Asian session, at GMT0400, the pair is trading at 106.06, with the USD trading slightly lower against the JPY from yesterday’s close.

Overnight data showed that final reading on Japan’s GDP expanded more than initially estimated by 0.4% on a quarterly basis in the final three months of 2017, while the preliminary figures had indicated an advance of 0.1%. The nation’s GDP had advanced 0.6% in the prior quarter.

Moving ahead, the Bank of Japan’s interest rate decision, due tomorrow, will keep investors on their toes. The central bank is anticipated to stand pat on monetary policy. 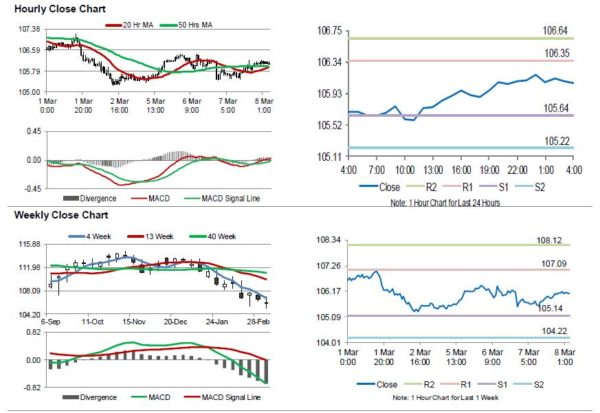 Japanese Yen Extends Its Gains In The Asian Session

Japanese Yen Extends Its Losses In The Morning Session