Cable almost fully reversed recovery from last Friday’s low at 1.3011, which stalled at 1.3090, as pound came under renewed pressure on concerns about Brexit.

Sterling fell to session low at 1.3020 before UK PM May addresses the parliament, on rising fears on strong criticism to May’s Brexit plan from opposition as well as from her own party.

Despite 95% of divorce plan has been agreed, Irish border problem is still unsolved and marks the main obstacle.

The pound could come under stronger pressure if May fails to convince the UK parliament to verify her plan, which could result in stronger bearish acceleration on sustained break below pivotal supports at 1.30 zone. 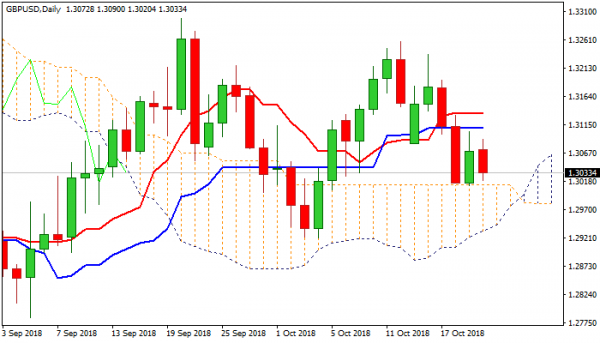