Earlier this week, there was a decent upward move in the US Dollar above 109.50 against the Japanese Yen. The USD/JPY pair traded above the 110.00 resistance before starting a downside correction. 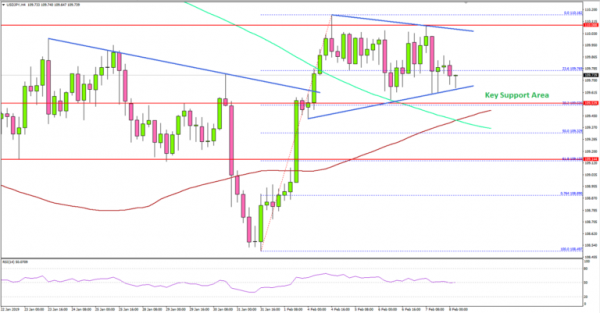 Fundamentally, the US Initial Jobless Claims figure for the week ending Feb 02, 2019 was released recently by the US Department of Labor. The market was looking for a decline in claims from 253K to 221K.

However, the result was lower than the forecast as the claims declined to 234K, less than the 221K forecast. The report added that:

Overall, EUR/USD and GBP/USD faced an increased selling pressure this week, which could support more gains in USD/JPY in the near term.

AUD/JPY May Be Ready For Next Leg Lower