AUDJPY is dropping from the Fibb. Ratio of 38.2, which represents ideal zone for a resistance for a corrective fourth wave. Also, price fully unfolded an a-b-c pullback within the fourth wave, which is now being followed by an impulsive fall, and points to the fact that final leg v of C may be underway. Projection target for leg v is near 69.52/68.51 region. 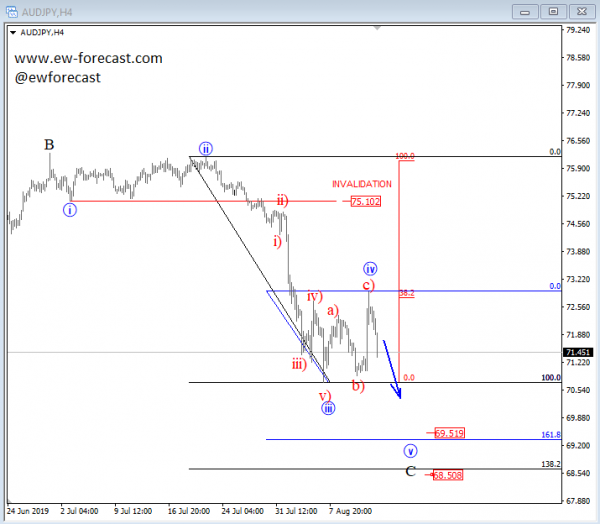 CADJPY is trading similar like AUDJPY, in a new impulsive fall which can be wave 5 as part of a bigger trend. Projection target for wave 5 is around 78.0/77.56 zone. 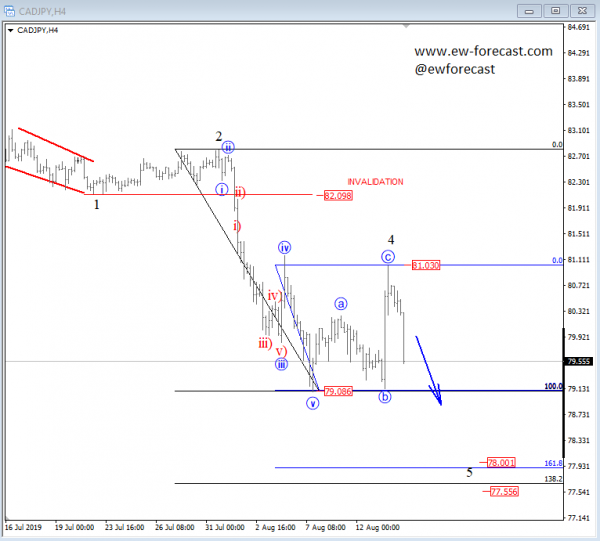