The Bank of England’s monetary policy was seen to be in line with expectations. The central bank left interest rates and its asset purchase program unchanged. The decision to leave rates steady comes with a unanimous vote. The recent pullback in inflation is also seen giving officials some breathing space in the backdrop of the Brexit deadline.

GBP/USD Holds Near the Resistance Level

The sterling was rather unmoved following the release of the BoE’s interest rate decision. Price action pulled back from the initial test of resistance at 1.2511. But the currency pair is seen hovering close to this level. In the process, an ascending wedge pattern is taking shape. A breakout from this level could trigger a move lower. The support at 1.2370 could be the downside target. 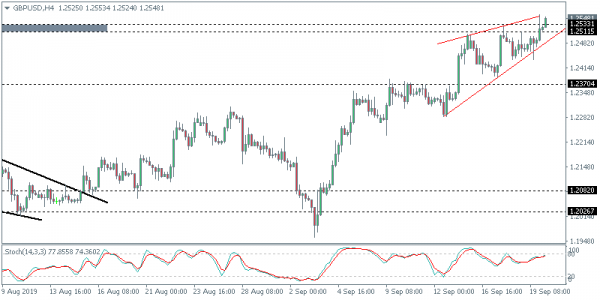 The US Dollar Eases In Asia