The pair eases on Friday after double-Doji with the upside being capped by converged 10/20/30DMA’s.

Weakening daily momentum is about to break into negative territory and adding to bearish near-term outlook.

Also, the pair is on track for the second straight bearish weekly close.

Tops of past few days’ congestion are reinforced by 20DMA (108.75) and mark initial barrier which needs to cap and maintain bearish bias.

Only lift and close above 200DMA (108.95) would sideline bears and shift near-term focus higher. 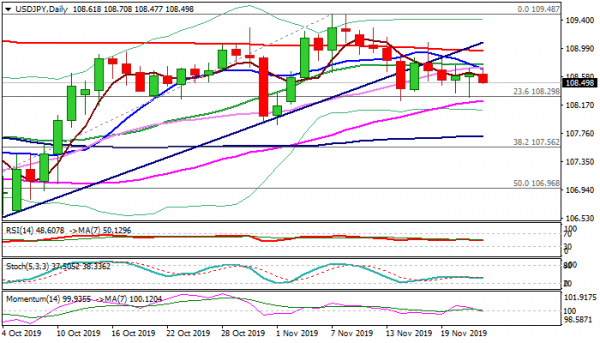