The Aussie is holding near new marginally lower low (0.6583), posted after Monday’s gap-lower opening, hammered by increased risk aversion on fears after coronavirus spread outside China.

Friday’s recovery attempt on strong downside rejection and first positive daily close after six straight days in red, was so far short-lived and near-term focus remains at the downside.

The US dollar is one of main winners of current risk-off mode and set for further rise that keeps Aussie under strong pressure.

Bearish daily/weekly techs support the notion, however, over sold conditions warn that bears may pause for consolidation before resuming. 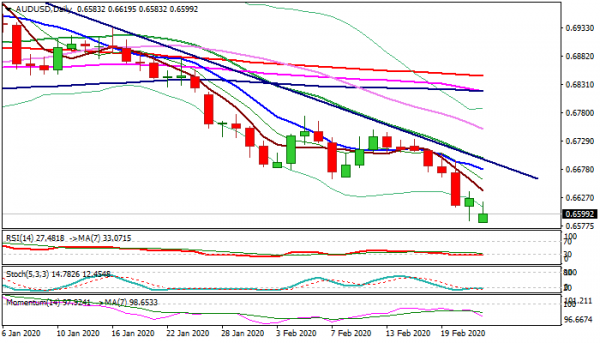