The British Pound has declined by 2.94% against the Australian Dollar since the middle of June. The currency pair tested 2019 low level at 1.7900 during the Asian session on Tuesday.

Technical indicators suggest selling signals on both the smaller and the larger time-frame charts. Most likely, bearish traders would continue to pressure the exchange rate lower within this week’s trading sessions.

However, if the support level at 1.7885 holds, a breakout through the upper boundary of a descending channel pattern would occur during the following trading sessions. 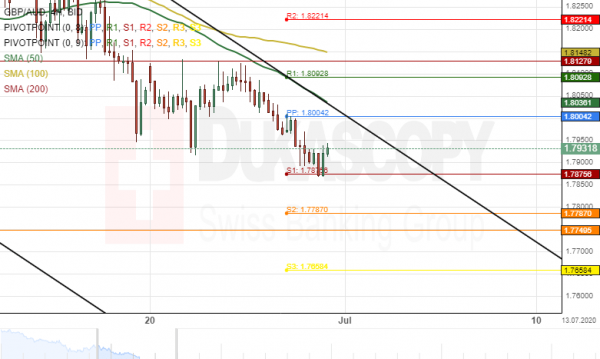