‘Gold has made a modest recovery this morning as early Asian buyers are sighted.’ – Jeffrey Halley, OANDA

The yellow metal has dropped below the 1,220 mark. In particular, the commodity price managed to decline as low as 1,213.92, where the bullion’s price rebounded and began a surge, which occurred during the early hours of Wednesday’s trading session. It is most likely that the decline of the bullion will continue in the near future, as the commodity price is facing the resistance put up by the weekly S1 at 1,216.60 and the 38.20% Fibonacci retracement level at the 1,219.20 level. The next level to decline to is the cluster of support, which surrounds the 1,208.96 level, where the monthly S1 is at.

Traders remain firm regarding their opinion, as 54% of open positions remain long. Meanwhile, 62% of trader set up orders are set to buy the metal. 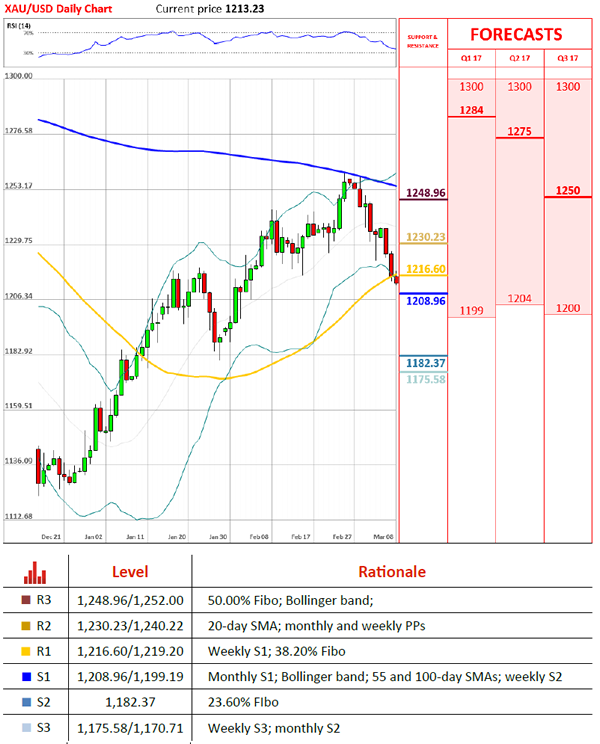 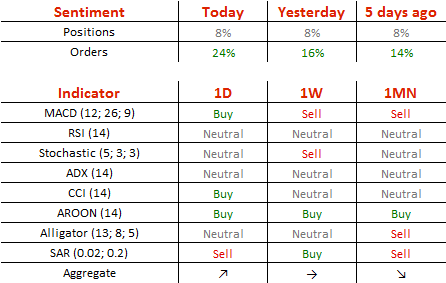