Short term Elliott Wave View in AUDJPY suggests that cycle from August 31 high is unfolding as a zigzag Elliott Wave structure. On the 60 minutes chart below, we can see wave B of this zigzag ended at 76.52. Pair has resumed lower in wave C with the internal subdivision as 5 waves impulse. Pair still needs to break below the previous low on September 24 low (not shown) at 73.95 to confirm the view and avoid a double correction. 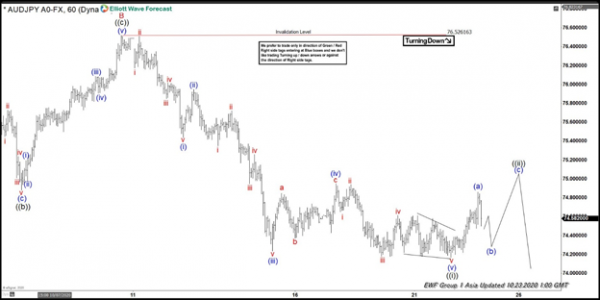