The British pound is trading at its highest level since April 2018 US dollar, following news that British Prime Minister Boris Johnson is outlining a step to take the UK out of lockdown. The GBPUSD pair has staged a bullish breakout from an extremely large rising price channel around the 1.4000 resistance level. The weekly time frame shows that the GBPUSD pair faces upcoming resistance from the Upper Bolling Band, around the 1.4130 price zone. 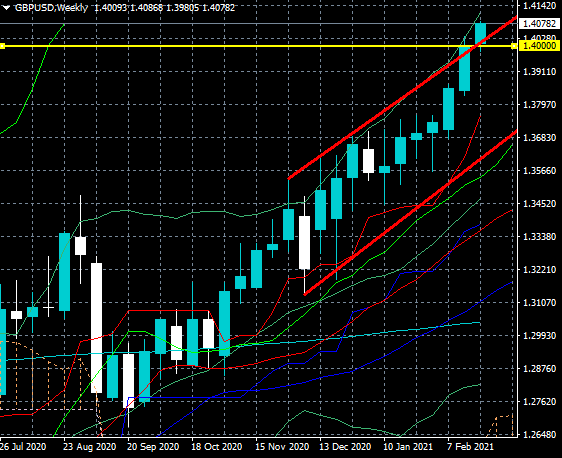