The European common currency gained some ground against the U.S. dollar and the pair tested the resistance at 1.1341. At the time of writing the analysis, the pair is consolidating above the mentioned zone and, If the breach is confirmed, then a rally towards the level at 1.1380 would be the most probable scenario. However, If the bears prevail, a new successful attack on the support level at 1.1294, followed by a breach of the next target at 1.1265, would pave the way for a test of the major support zone at 1.1236 and would lead to a change in the current expectations of the market participants. Today, volatility might pick up after the announcement of the initial jobless claims for the U.S. at 13:30 GMT. 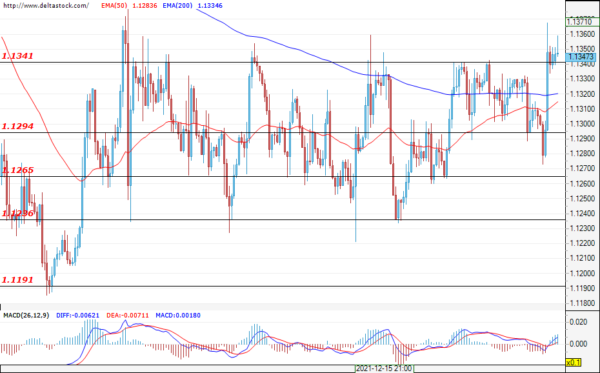 In recent days, the market has entered an uptrend, reaching the resistance at 114.90. Prices are now consolidating below this zone and the expectations are for a more substantial pullback, which should be limited by the support at around 114.43. As long as this bullish attitude is maintained, a breach of 114.90 can be expected, followed by a test of the high at around 115.44. 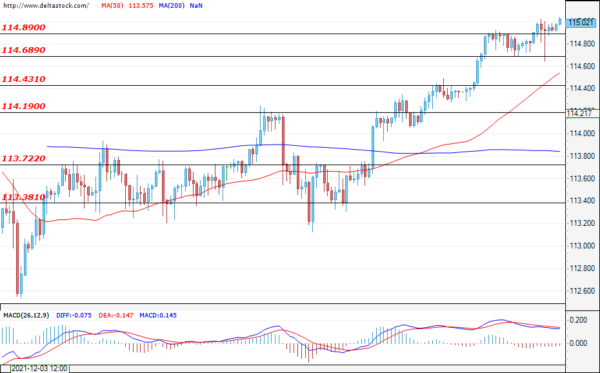 The sterling managed to overcome the last resistance at 1.3425 and now the market is gravitating around this area. The current breach forms two local support zones – one at 1.3390 and another at 1.3415. At the moment, the correction is extremely shallow, which suggests another strong upward impulse. In such a scenario, an attack on 1.3510 can be expected. It is possible that the activity will remain low in the few remaining days of the year and that the market could stay in the range between 1.3390 and 1.3454. 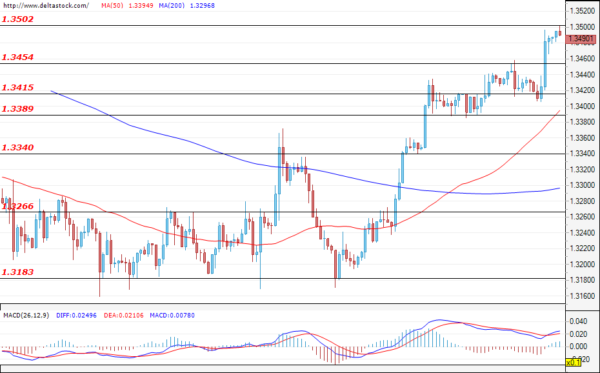