The bears established themselves on the market and, during the last trading session from the previous week, the currency pair underwent a sell-off, which almost completely erased the previously won positions. At the time of writing, the pair is consolidating at around 1.1400. The formation of a range within 1.1360 – 1.1450 is not ruled out due to the lack of significant economic events, except for the announcement of the consumer price index data for the euro area (Thursday; 10:00 GMT), after which the currency pair may head in a more defined direction. 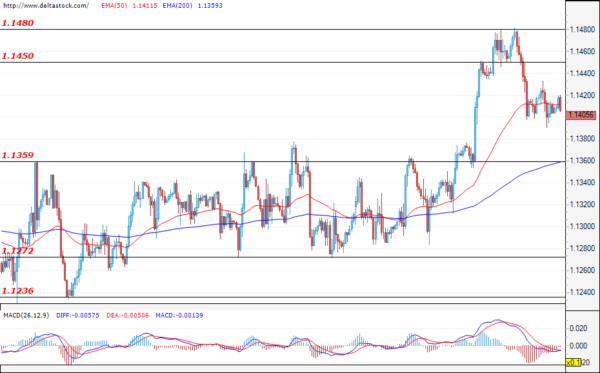 The U.S. dollar continues to appreciate against the Japanese yen and the announcement of the interest rate decision by the central Bank of Japan (today; 02:45 GMT) has certainly helped in that regard. At the time of writing, the currency pair is facing a test of the 115.00 resistance zone. A successful breach of this level could give the bulls the necessary momentum needed for an attack on the next significant level at 115.63. On the other hand, if the bears manage to limit the appreciation below the current resistance, then it is quite possible that we will witness a consolidation below 115.00. A formation of a short-term range between 114.30 – 115.00 is also not excluded. 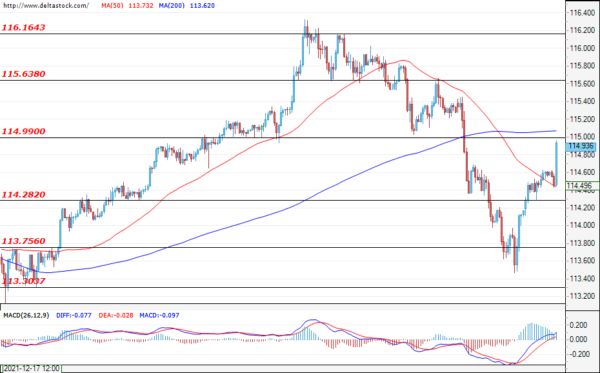 The depreciation of the British pound against the U.S. dollar began in the last trading session of the past week and it seems that the bears are rushing for a test of the first important support at around 1.3590. A successful breach of the mentioned zone could deepen the sell-off, while a breach of the support level at around 1.3200 that is coming from the higher time frames could lead to the continuation of the downward trend. 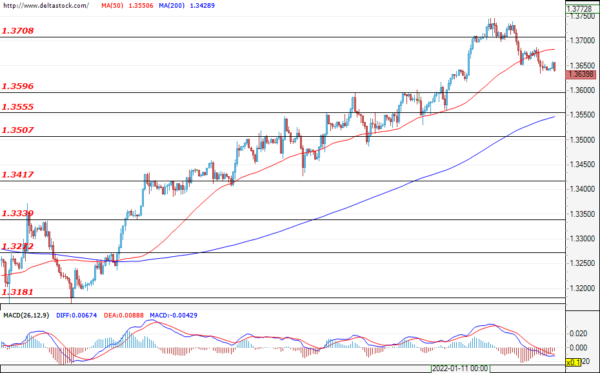 The situation with the German index remains unchanged for the time being, as neither the bulls nor the bears have so far managed to prevail. The most probable scenario is for a formation of a range movement within 15700 – 16152. A breach of any of the mentioned boundaries could predetermine the future movement of the index. From the higher time frames it is clear that the index is again finding itself stuck in a range between the not-so-close-levels of 15000 and 16300. In the long run, a breach of the lower level may be a prerequisite for a trend reversal. 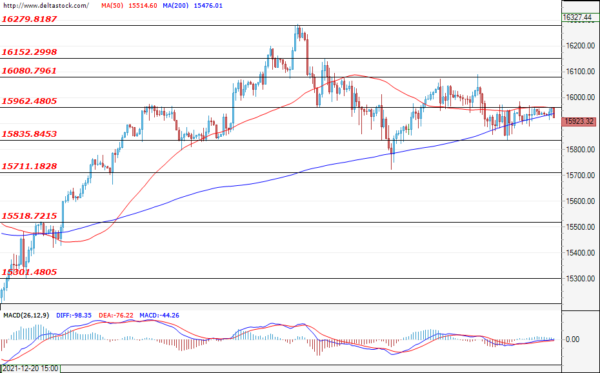 At the time of writing, the U.S. blue-chip stock index is consolidating around the support level at 35900 after the bears failed to overcome the support level at around 35600. Sentiments remain neutral for the time being, and only a breach of 35445 in a downward direction, or a breach of 36532 in the upward direction, could prevent the formation of a range and would define a clearer path for the index. 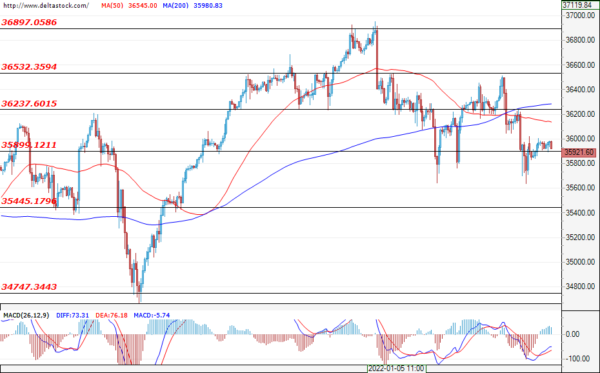