The bears still cannot gain enough momentum to violate the support zone at 1.0890 and the expectations for today’s trading session are for this level to limit the sell-offs and for the pair to enter a consolidation phase between the levels at 1.0890 and the resistance at 1.0946. A test of the aforementioned level of resistance could be considered a possible scenario before an eventual resumption of the downtrend takes place. Only a confirmed breach of the support at 1.0890 would pave the way for the pair towards the support at 1.0840. The current level seems to be a good entry point for the bulls, who could take advantage of a short-term correction targeting the resistance zones at 1.0946 and at 1.0983. Higher volatility can be expected at 11:30 GMT when the ECB meeting minutes regarding its monetary policy will be released, as well as at 12:30 GMT when the data regarding the initial jobless claims for the U.S. will also be published. 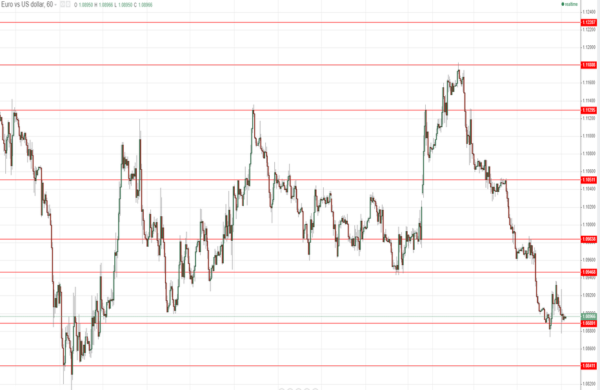 The pair is still consolidating in the tight range between the levels of 123.27 and 124.20 and only a confirmed breach of either the upper or the lower border would define the market’s direction. However, the expectations remain positive – for a test of 124.20. A confirmed breach of this level would most likely lead to a test of the local high at 125.00. On the other hand, if the bears prevail and manage to violate the critical support at 123.27, then this should lead to a sell-off targeting the support at 122.38. 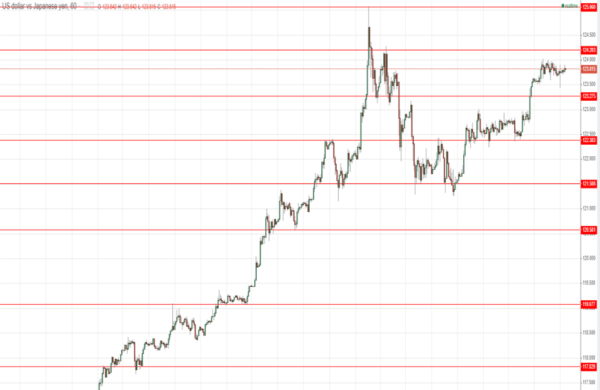 The bears still cannot violate the critical support at 1.3050, and at the time of writing, the pair is hovering just above this level. The forecasts for today’s trading session are for this zone to remain unbreached and for the pair to head towards a test of the resistance at 1.3165. However, a possible breach of the support at 1.3057 would most probably lead to an impulsive downward movement and a test of the psychological level at 1.3000. 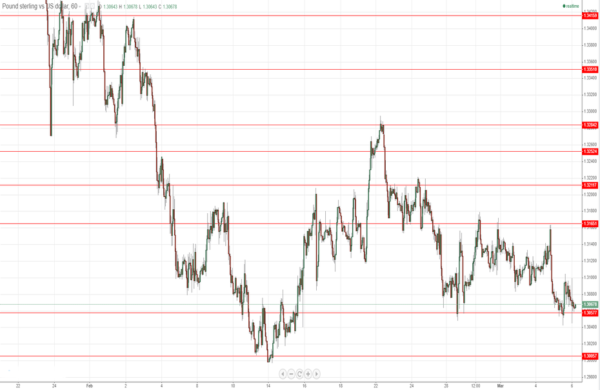 The German index still cannot drop below the psychological level at 14000 and the forecasts are for a corrective move towards the resistance at 14300. A short consolidation in the range of 14100 –14300 seems to be the most likely scenario for today’s trading session. The market’s sentiment, however, remains negative – for a depreciation of the index and a test of the support zone at 13943, but only a confirmed breach of the level at 14100 could be considered a signal for a downward move towards the mentioned level. A spike in volatility can be expected at 11:30 GMT when the ECB meeting minutes regarding its monetary policy will be published. 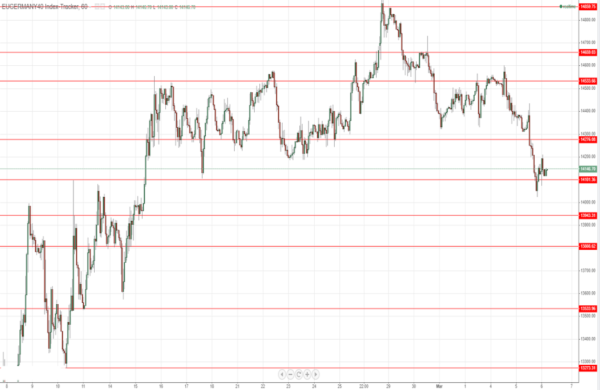 The sell-off was limited at the support zone, located at around 34343, and we witnessed a corrective move and a test of the resistance at 34584. The test of the resistance was unsuccessful, leading to the assumption that this was a corrective move and so the expectations for today’s trading sessions are for the bears to attack the support at 34343, where a successful breach would most likely lead to another downward movement towards the support level at 34217. 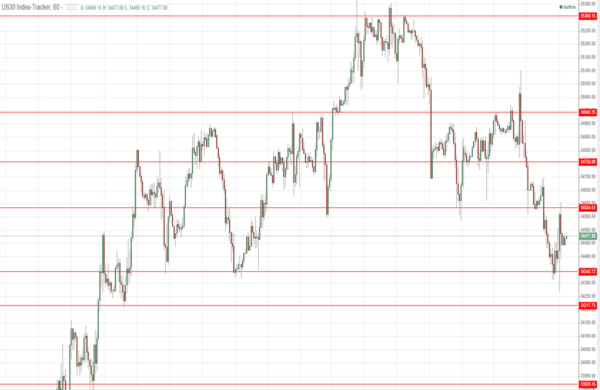