Action Forex
HomeContributorsTechnical AnalysisXAUUSD: Bulls Taking a Breather But Remain in Play on Hopes of...

XAUUSD: Bulls Taking a Breather But Remain in Play on Hopes of Less Aggressive Fed

Spot gold holds firm bullish stance and consolidating under three-week high, posted after 3.2% rally on Friday (the biggest one-day rally since 24 June 2016), sparked by US labor data which raised hopes that the Fed may ease its aggressive stance in raising interest rates in the near future. 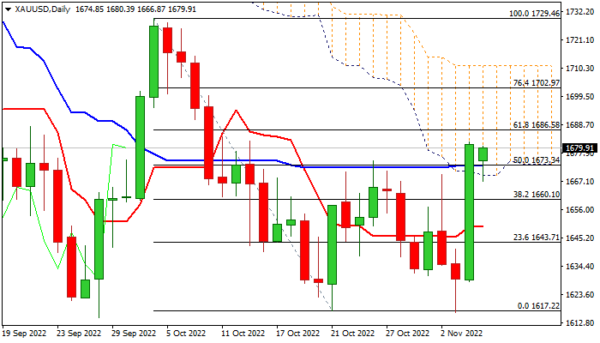