The Australian Dollar has been steered by a long-term descending channel against the New Zealand Dollar. However, the Aussie bounced off the lower boundary of the channel down on April 12 and has since surged against the Kiwi.

During the past few days, the currency pair has breached both the 200– hour simple moving average and the monthly pivot point at 1.0660. Meanwhile, a breakout through the bottom border of a junior pattern had occurred.

Given that a breakout has occurred, it is likely that the AUD/NZD currency pair should towards a potential target at 1.0660 or 1.0630 formed by the combination of the 55– and the 200– hour SMAs. In the meantime, technical indicators flashes buy signals. 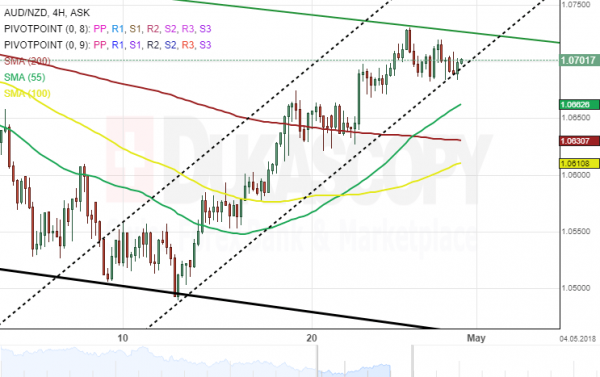 US Equities Fall Ahead Of Nancy Pelosi’s Stimulus Deadline