Cable fell to 1.35 zone on bearish acceleration from session high at 1.3617, after Bank of England was in neutral hold in May’s meeting.

The central bank kept rates unchanged as expected and previous meeting vote came in line with expectations (7/2) but said that more evidence about growth acceleration are needed after slowdown in the first quarter.

Further directionless mode could be expected while the price remains within the range, with focus on today’s close against 200SMA which would give fresh signal. Close below would generate initial negative signal while repeated close above 200SMaA would keep in play existing basing attempts. 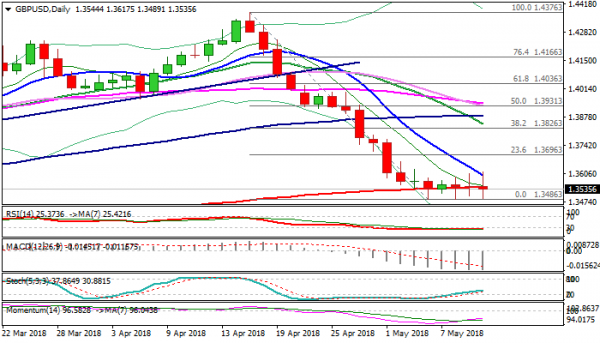