Action Forex
HomeMarket OverviewWeekly ReportEuro Down on Recession Worries, Could Parity Against Dollar Provide Support for...

Euro Down on Recession Worries, Could Parity Against Dollar Provide Support for Long?

Euro ended as the worst performer last week on increasing worries of a deeper and longer recession. Selloff in the common currency also dragged down Swiss Franc, which ended as the second worst.

Sterling was originally pressured by stabilized after UK Prime Minister Boris Johnson announced to step down after another scandal. But Yen was even weaker because of rebound in US benchmark yield. The tragic death of former Japanese Prime Minister Shinzo Abe was mourned, but hasn’t affected the markets.

On the other hand, Dollar surged around the broad, with help from solid economic data. But Aussie was slightly stronger while Kiwi was not too far away. Canadian Dollar ended mixed.

Euro’s broad-based decline resumed last week and and marched towards parity against Dollar. The trigger was the renewed selloff was gas and energy crisis on the prolonged invasion of Russia to Ukraine. Europe is facing the risk of longer and deeper recession than other major economies.

The gloomy outlook is tieing up ECB’s hand on monetary policy normalization to combat inflation. ECB is clear that it will hike by 25bps this month. But by the end of July, Fed should have delivered another 75bps, bringing interest rate to 2.25-2.50%, comparing to 0-0.25% at the start of the year. Other major central banks, even SNB and with the exception of BoJ, have already started their tightening cycle.

At the same time, Eurozone is facing risk of broadening fragmentation. Borrowing costs of more indebted Eurozone states could risk spiraling out of control, because of ECB’s tightening. There is no detail regarding ECB’s anti-fragmentation tools. Before these tools are proven effect, room for swift normalization of ECB policy would remain limited. 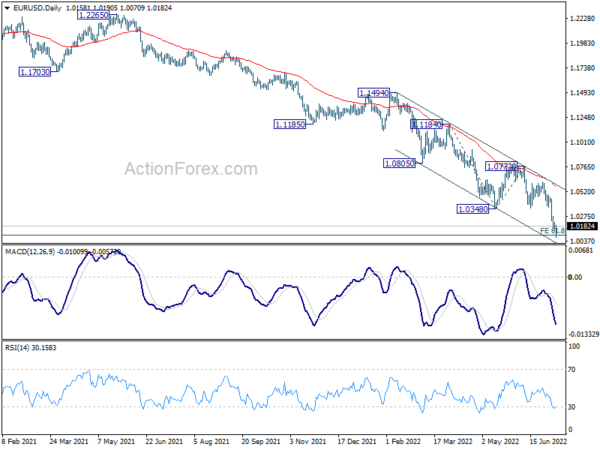 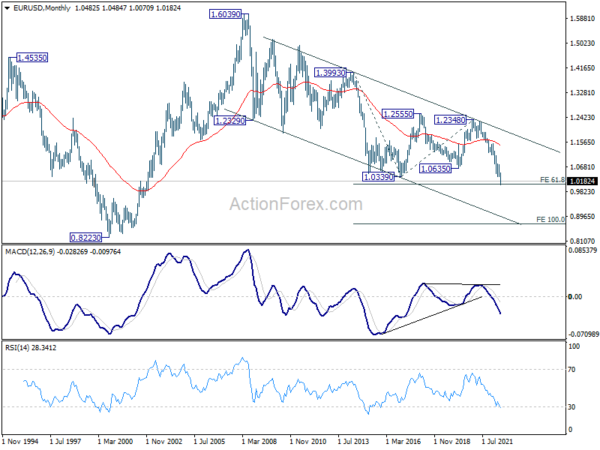 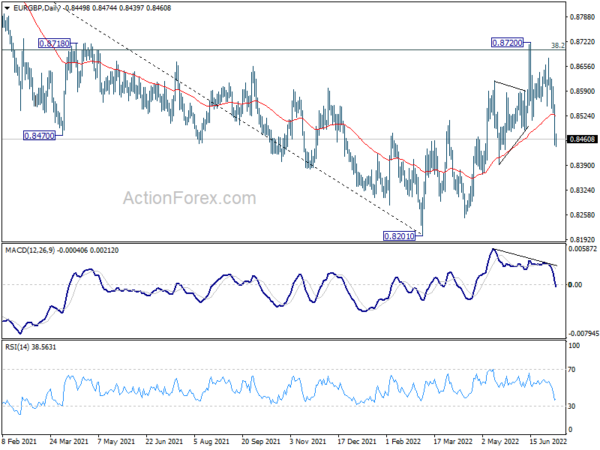 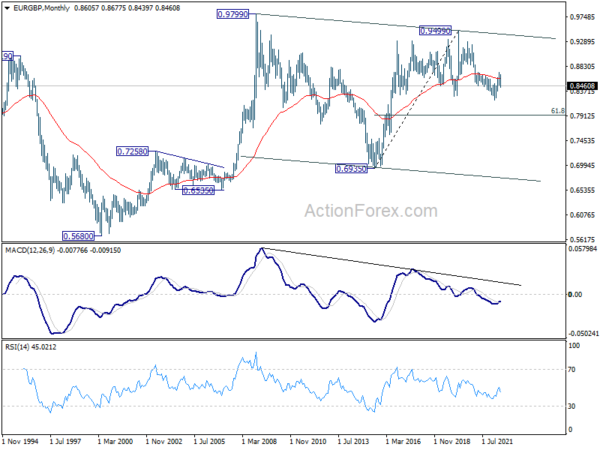 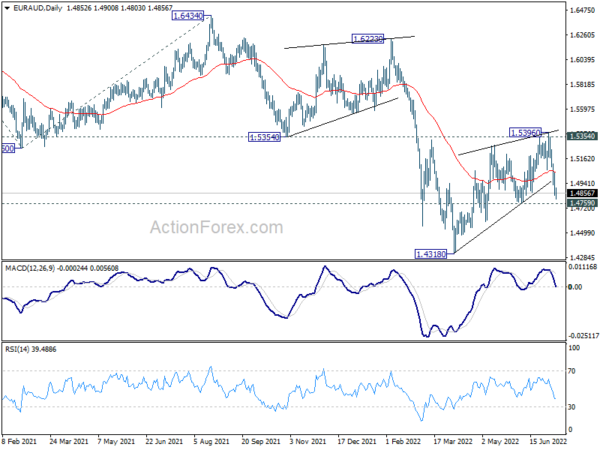 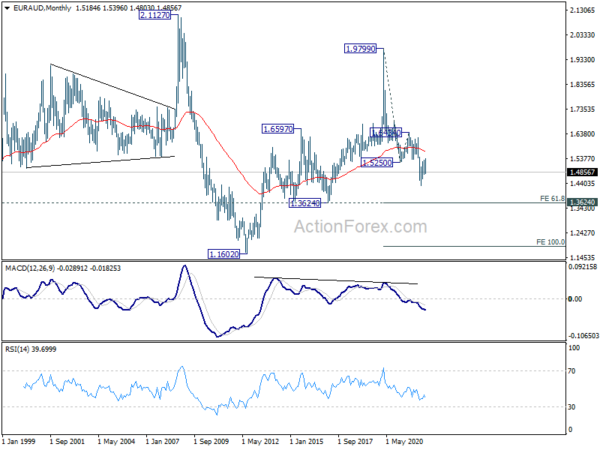 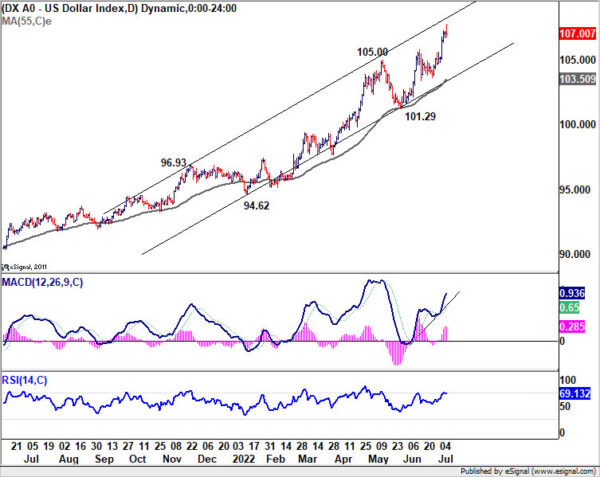 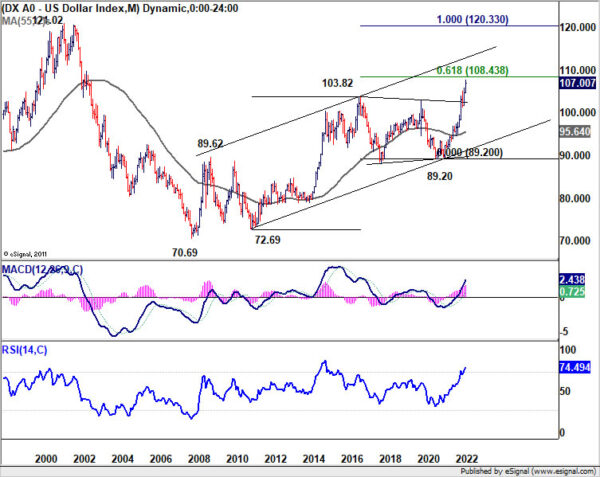 As for 10-year yield, it rebounded strongly, after dipping to 2.746 last week. The first leg of the consolidation pattern from 3.483 should be completed and further rally is mildly in favor for the near term. But upside should be limited by 3.483 to bring another decline. Nevertheless, even in this case, downside should be contained by 2.709, which is close to 38.2% retracement of 1.343 to 3.483 at 2.665. Up trend resumption should happen at a later stage. 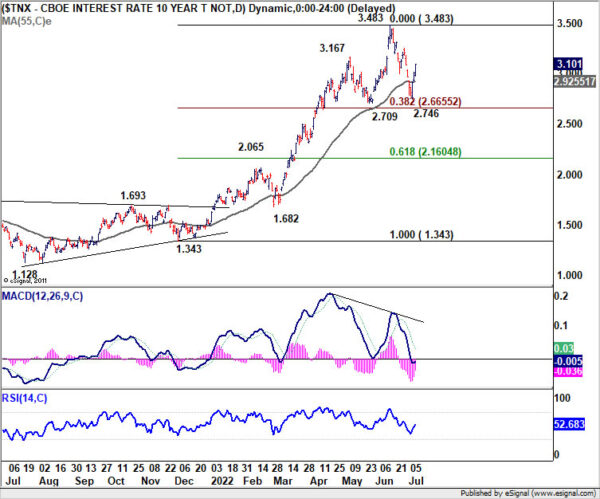 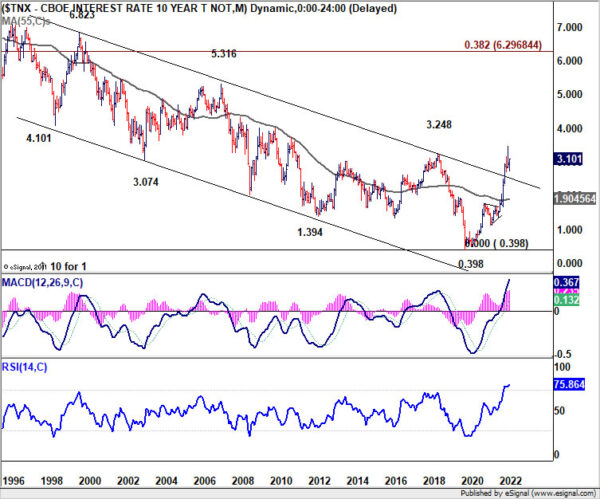 USD/CHF’s rebound from 0.9493 extended higher last week. The development argues that consolidation pattern from 1.0063 high has completed with three waves down to 0.9493 already. Initial bias stays on the upside this week for retesting 1.0063 first. Decisive break there will resume larger up trend. On the downside, break of 0.9670 minor support will dampen this bullish view and turn intraday bias neutral first. 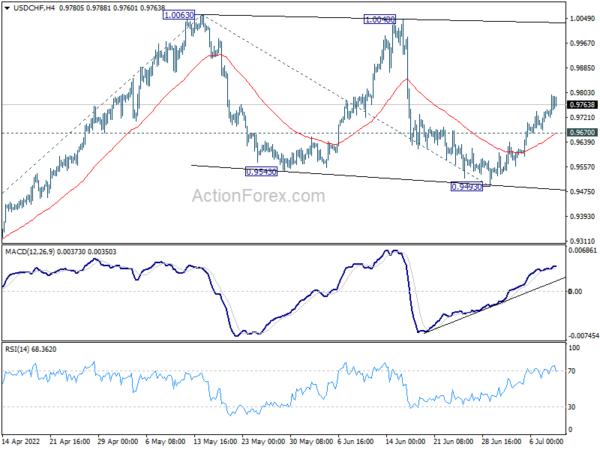 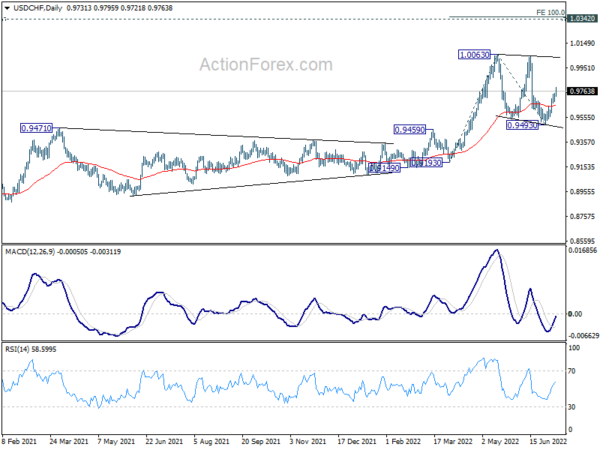 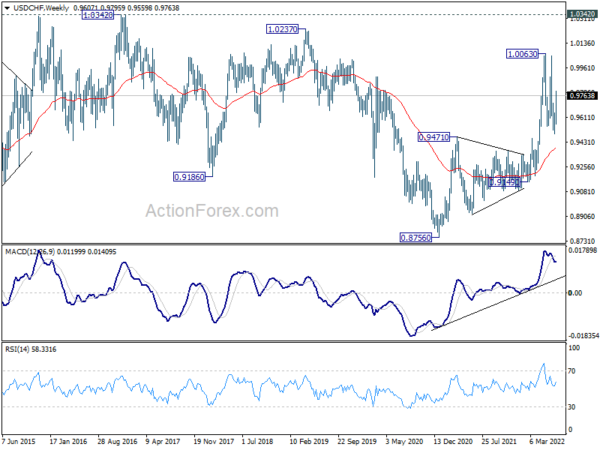 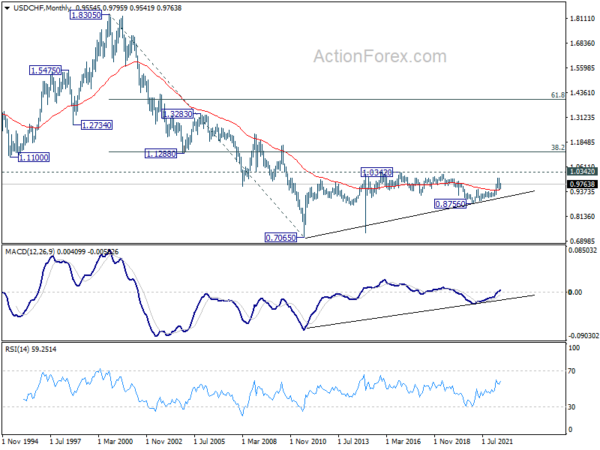