IMF: Shift from high-speed to high-quality growth in China key for decades to come

IMF said in a report that China’s economy continues to “perform strongly”, with growth projected at 6.6% this year. But it also warned that the country is at a “historic juncture”. The shift from “high-speed” to “high-quality” growth will determine China’s “development path for decades to come”. Risk of “near-term abrupt adjustment” was reduced by recent strong growth momentum and “significant financial de-risking progress”. While there were accelerated rebalancing in some dimensions, “progress slowed” in many other dimensions. Also, while credit growth has slowed, “it remains excessive.

1. China’s strong GDP growth continues. The country now accounts for one-third of global growth. Over 800 million people have been lifted out of poverty and the country has achieved upper middle-income status. China’s per capita GDP continues to converge to that of the United States, albeit at a more moderate pace in the last few years. 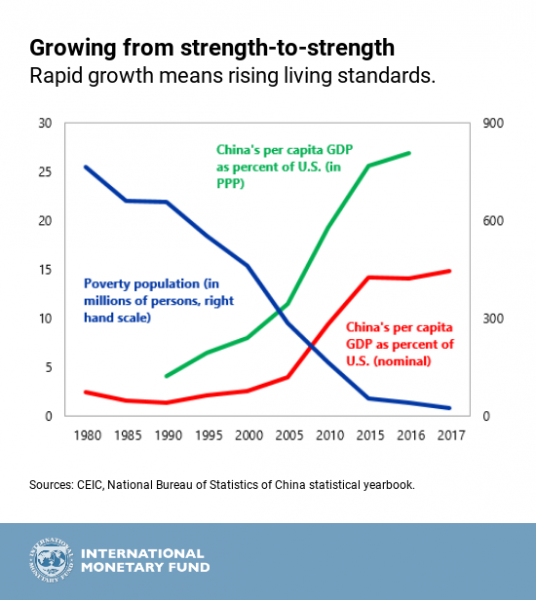 2. A focus on high-quality growth. China is at an historic juncture. After decades of high-speed growth, the government is now focusing on high-quality growth. The authorities will need to build on the existing reform agenda and take advantage of the current growth momentum to “fix the roof while the sun is shining.” Key elements are: continuing to rein in credit growth, accelerating rebalancing efforts, increasing the role of market forces, fostering openness, and modernizing policy frameworks. Even with a gradual slowdown in growth, China could become the world’s largest economy by 2030. 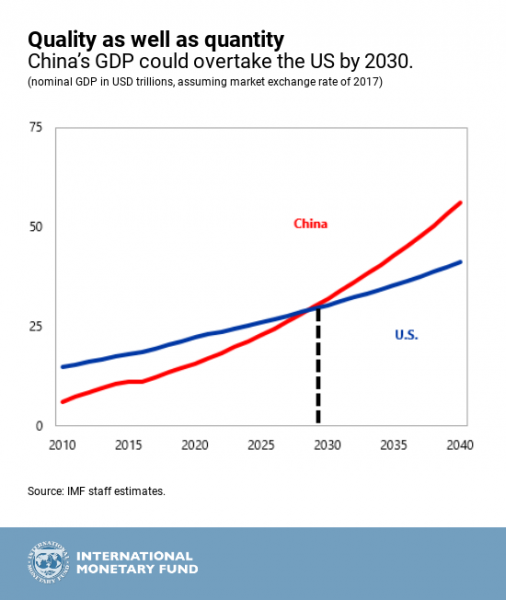 3. Credit growth has slowed but remains too fast. Despite the sharp rebound in nominal GDP and industrial profits, total nonfinancial sector debt still rose significantly faster than nominal GDP growth in 2017. While the corporate debt to GDP ratio has stabilized, government and especially household debt is rising, driven by continued strong off-budget investment spending and a rapid increase in mortgage and consumer loans. It may take determined actions over an extended period of time to address underlying vulnerabilities. 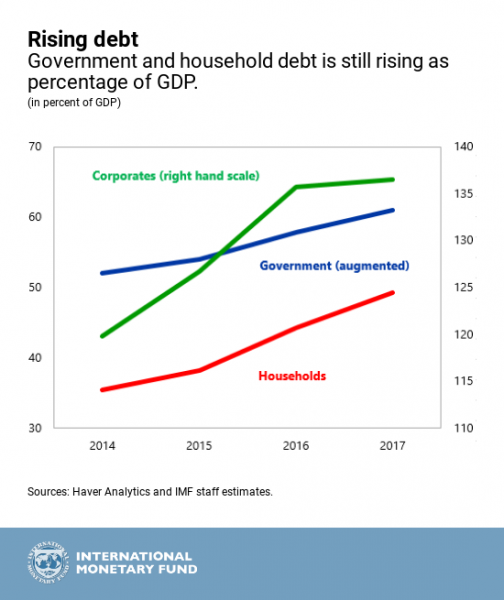 4. China, a global digital leader. China has around 700 million internet users and 282 million digital natives (internet users less than 25 years old) eager to adopt new technology. The massive scale of the Chinese market and a supportive regulatory and supervisory environment in the early years of digitalization made China a global leader in frontier industries such as e-commerce and fintech. Digitalization will continue to reshape the Chinese economy by improving efficiency, softening—but not reversing—slowing growth as the economy matures. 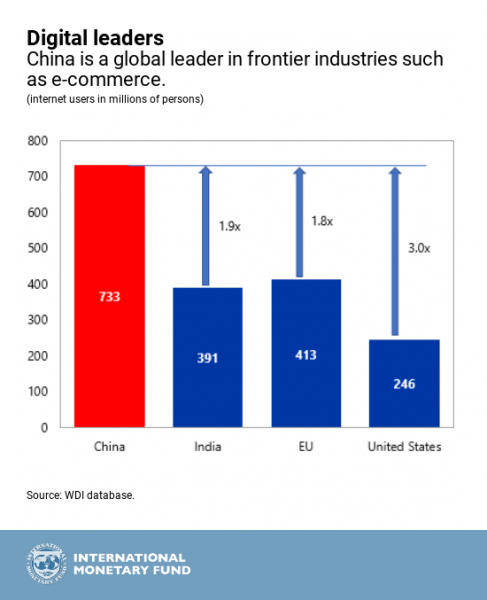 5. Rebalancing efforts should be accelerated. Increases in health, education, and social transfers—financed by taxes on income, property and carbon emissions—would support consumption, and reduce income inequality and pollution. A more comprehensive approach to structural reforms, such as increasing transfers to the regions most affected by overcapacity reduction or pollution control, could help address the tensions across rebalancing dimensions. 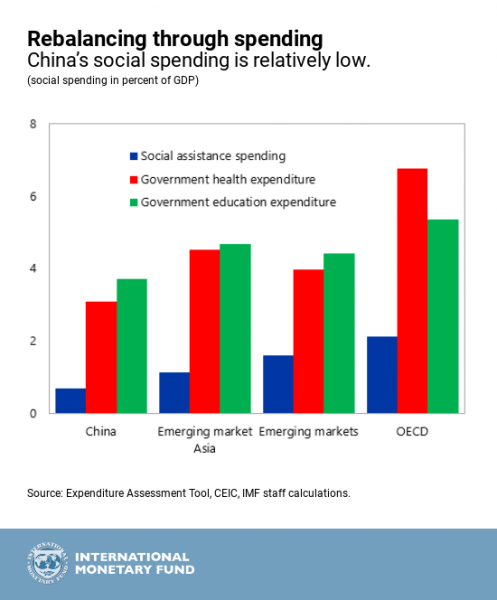 6. The benefits of faster reform. In the baseline, real GDP growth is projected at 6.6 in 2018, reflecting the lagged effect of regulatory tightening and softer external demand. Risks are tilted to the downside, with tightening global financial market conditions and rising trade tensions. If the authorities move more decisively to resolve the policy tensions now and focus on higher-quality growth and a greater role for the market, near-term growth would be weaker but longer-term growth would be stronger and more sustainable. An illustrative “proactive” scenario features faster reform progress, particularly state-owned enterprises (SOE) reform and resolving zombie firms, which also accelerates rebalancing from investment to consumption. If there is a risk of a too sharp slowdown, a temporary fiscal stimulus package with resources to support rebalancing could help cushion the near-term adverse impact. 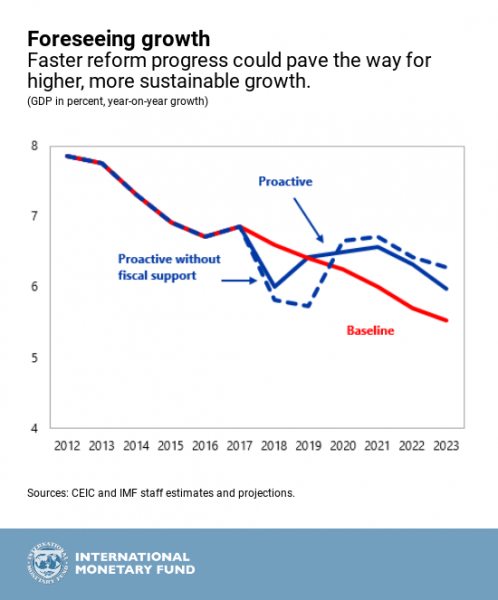 Link to the press release.