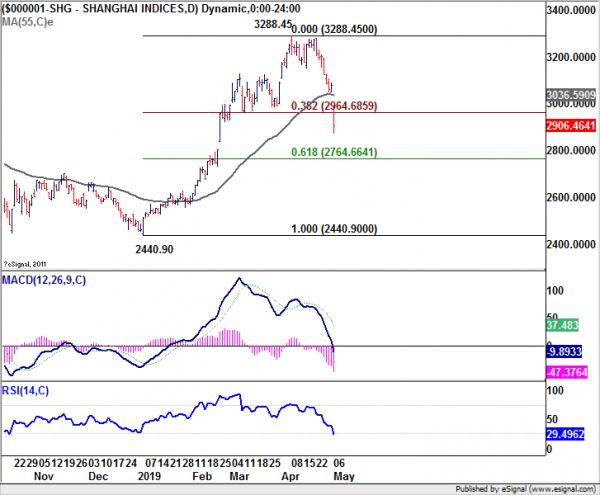 In the bigger picture, we’re favoring the case that long term corrective fall from 5178.19 (2015 high) has completed with three waves down to 2440.90 (2019 low), on bullish convergence condition in weekly MACD. Hence, we’d expect strong support below above mentioned 2764.66 to contain downside and bring reversal. This will, for now remain the preferred case, unless of course, if 2440.90 is firmly taken out. 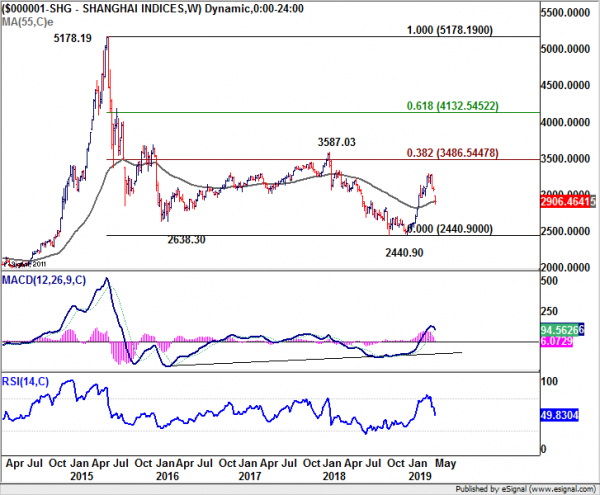