Sterling attempts to rebound after The Times newspaper reported that EU is going to make a “vital concession” on Brexit regarding Irish backstop. The resolution is said to be a modified version of version of the consent principle as proposed by UK Prime Minister Boris Johnson. And a source was quoted saying that “A landing zone on consent could be a double majority within Stormont, to leave, not to continue with the arrangements after X years.” The data of 2025 was raised for discussion, as long as both communities agree to it.

GBP/JPY recovers notably. But with 132.24 minor resistance intact, there is no confirmation of bottoming yet. Further decline is still expected to extend the fall from 135.74. 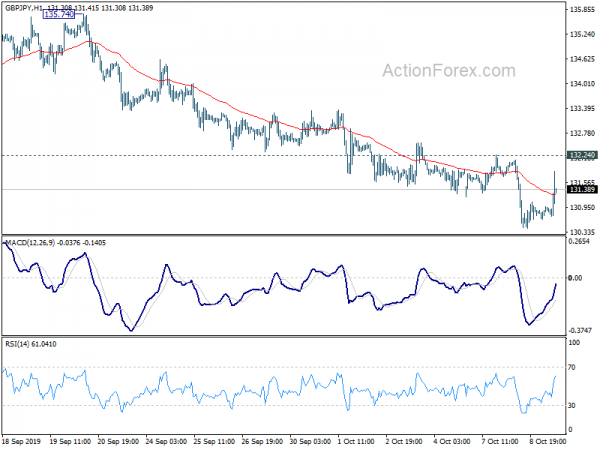