Euro follows other European majors and is trading generally lower this wee. Focus turns to Mario Draghi’s last monetary policy meeting as ECB President today. After the stimulus package announced last month, no new measure is expected this time. Instead, Draghi could make use of the opportunity to defend the latest policy changes. In particular, the minutes for the September meeting revealed that the members were divided over QE resumption. This not only would be the focus in the Q&A session, but also a legacy left to the incoming president, Christina Lagarde. 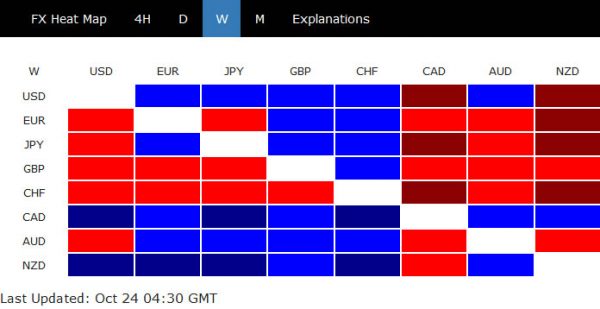