Today’s sharp fall in AUD/JPY firstly suggests short term topping at 75.67. More importantly, the break of 55 day EMA argues that corrective rise from 69.95 could have completed with three waves up to 75.67, just ahead of 76.16 structural resistance. Further fall is now in favor back to 71.73 support. Break there will reaffirm medium term bearishness for a new low below 69.95 ahead. 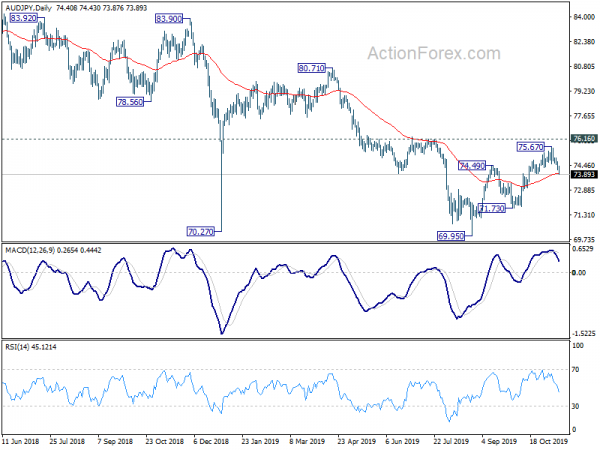