Sentix said, “the second improvement in a row may be taken as an indication that the spectre of recession has been dispelled in the Euro zone”. And, more and more investors are convinced that “the worst is over” for the economy. Investors are pinning their hops on an “increase in government spending on government investment. 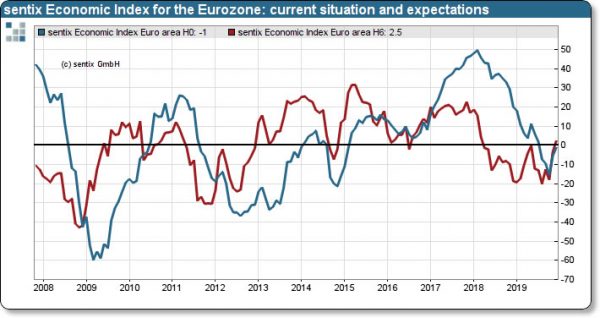