Chinese stocks tumbled sharply today, with Shanghai SSE closed down -2.75% to 2976.53. Worries over the new coronavirus intensified today as two major cities were shut down. Wuhan, a city with 11m population, is believed to be the source of the outbreak. All urban transport were shut down at 0200GMT earlier today. Hours later, a neighboring city Huanggang, with 6m population, was also locked down. Cases are already reported outside of China, including Thailand, Japan, South Korea, Taiwan, Hong Kong and the US. But WHO refrained from declaring a global emergency yet, pending the decision for today. 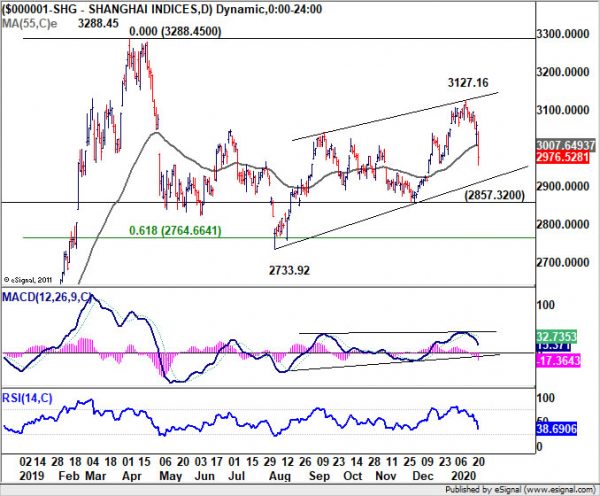 USD/CNH’s rebound today also confirms short term bottoming at 6.8452. Stronger rebound could now be seen back to near term channel resistance (now at 7.0062). As long as this resistance holds, another fall will remain in favor through 6.8452 at a later stage. 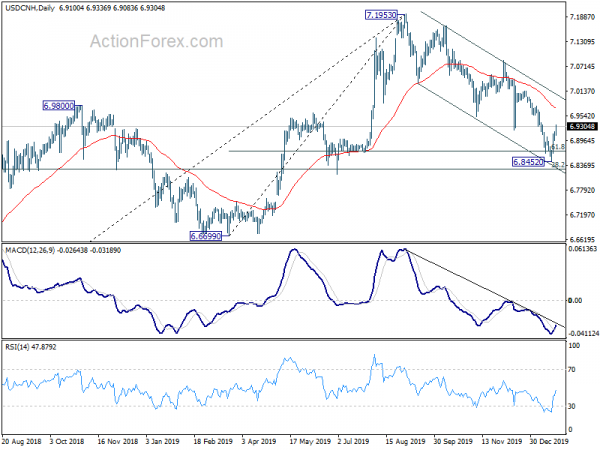 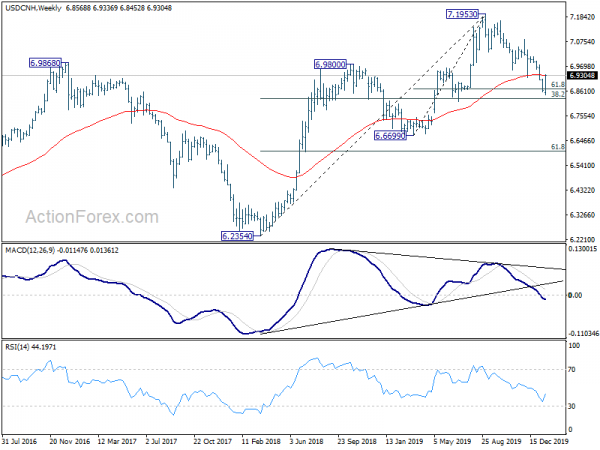