WHO chief Tedros Adhanom Ghebreyesus said in Geneva, “in the last few days the progress of the virus especially in some countries, especially human-to-human transmission, worries us.” “Although the numbers outside China are still relatively small, they hold the potential for a much larger outbreak.”

Offshore Chinese Yuan is back under selling pressure today. USD/CNH’s rebound suggests that rise from 6.8452 is resuming for channel resistance (now at 7.0061). Sustained break there should confirm that corrective fall from 7.1953 has completed. Further rally would be seen to 7.0867 resistance next. Nevertheless, break of 6.9420 support will indicate rejection by the channel resistance and turn focus back to 6.8452 low. 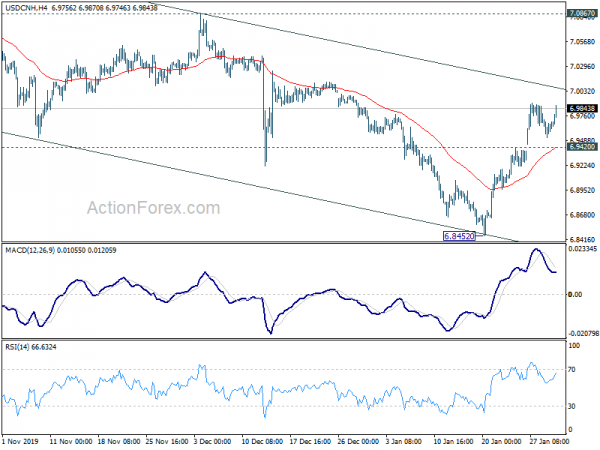 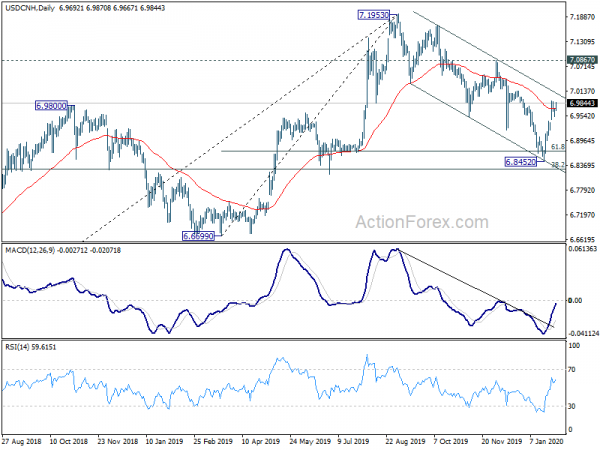