Statistisches Bundesamt said there were “mixed signals” regarding domestic demand. Both final consumption expenditure of both households and government “slowed down markedly” after a strong Q3. On the other hand, trends “diverged” for fixed capital formation. Foreign trade slowed down the economy, with exports slightly down on the quarter while import increased. 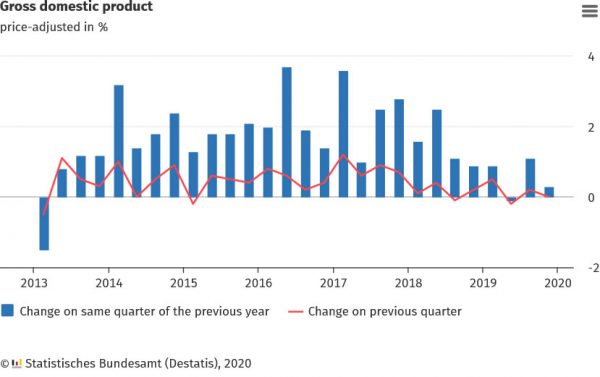