Chris Williamson, Chief Business Economist at IHS Markit said: ” The data indicate that the eurozone economy is already contracting at an annualised rate approaching 10%, with worse inevitably to come in the near future… No countries are escaping the severe downturn in business activity, but the especially steep decline in of Italy’s service sector PMI to just 17.4 likely gives a taste of things to come for other countries as closures and lockdowns become more prevalent and more strictly enforced in coming months… The ultimate economic cost of the COVID-19 outbreak cannot be accurately estimated until we get more clarity on the duration and scale of the pandemic.” 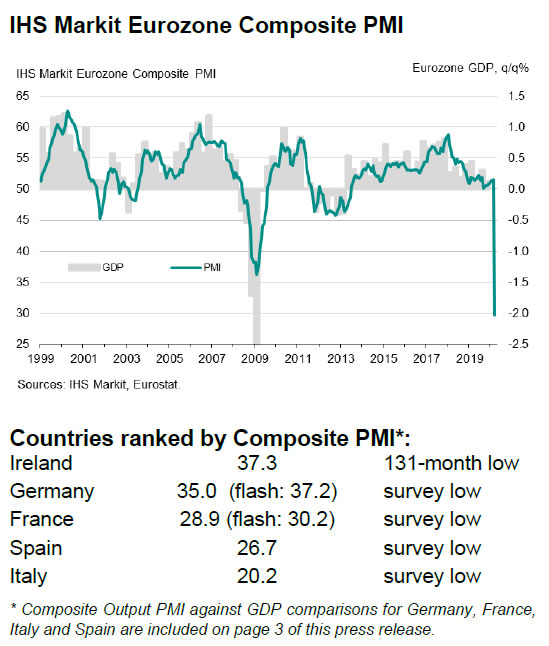