Germany’s GDP contraction was finalized at -2.2% qoq in Q1, unrevised from initial estimate. That was the largest decline since the global financial and economic crisis of 2008/2009. It’s also the second worst since reunification. 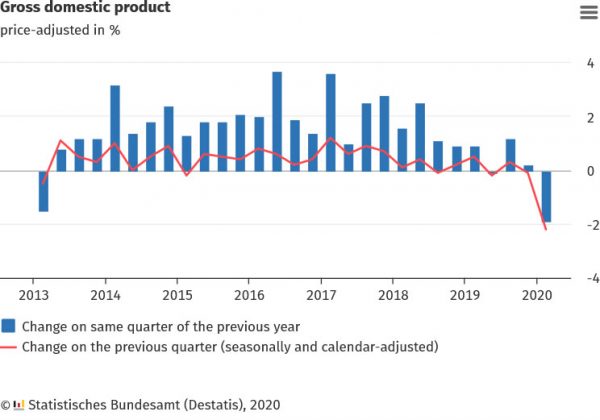