Eurozone PMI composite finalized at 53.8, out of double-dip recession in Q2

Chris Williamson, Chief Business Economist at IHS Markit said: “April’s survey data provide encouraging evidence that the eurozone will pull out of its double-dip recession in the second quarter. A manufacturing boom, fueled by surging demand both in domestic and export markets as many economies emerge from lockdowns, is being accompanied by signs that the service sector has now also returned to growth…

“The intensity of the rebound will naturally depend on the extent to which Covid restrictions can be removed – and some measures relating to international travel are likely to remain in place for some time to come – but experience in other countries hints that the bounce in domestic activity could be strong as pent up demand and savings power a surge in spending.” 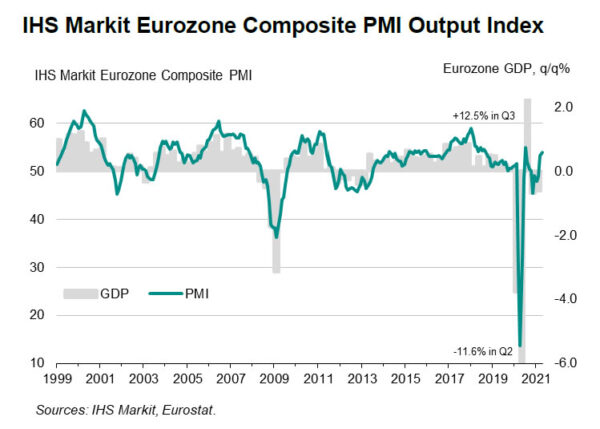