Joe Hayes, Senior Economist at IHS Markit said: “The economic recovery in France continued to move along at a solid clip during August. The narrative is essentially unchanged – we’re still seeing strong demand, and firms are adjusting their workforces to accommodate growing order books. The rate of jobs growth was at its best in almost three years in August. There’s still ample work-in-hand however, so there’s clearly scope for further expansions in employment and business activity.

“Business confidence is also proving to be resilient, despite the emergence of the delta variant and steep cost pressures across the economy. Whether the recovery in business activity can push on unchecked amid these risks remains to be seen.

“Nevertheless, based on July and August survey data, France looks set for another solid GDP growth number in the third quarter.” 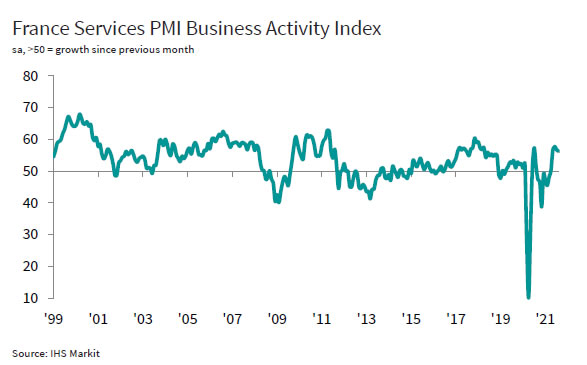 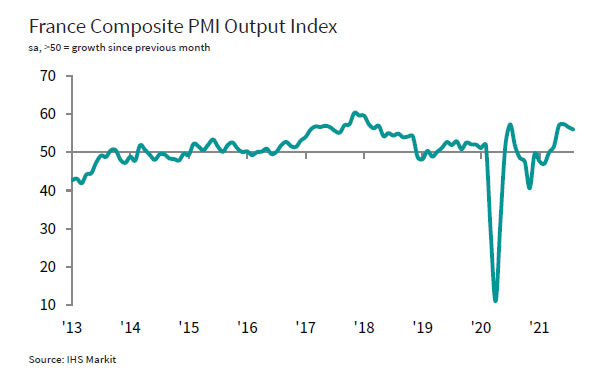