UK PMI composite dropped to 54.1, heading towards a bout of stagflation

“The September PMI data will add to worries that the UK economy is heading towards a bout of ‘stagflation’, with growth continuing to trend lower while prices surge ever higher.

“While there are clear signs that demand is cooling since peaking in the second quarter, the survey also points to business activity being increasingly constrained by shortages of materials and labour, most notably in the manufacturing sector but also in some services firms. …

“Business expectations for the year ahead are meanwhile down to their lowest since January, with concerns over both supply and demand amid the ongoing pandemic casting a shadow over prospects for the economy as we move into the autumn.” 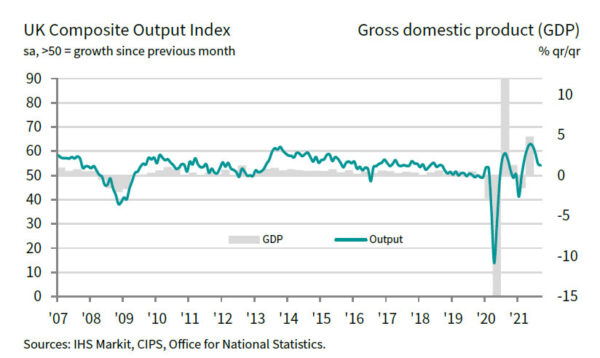 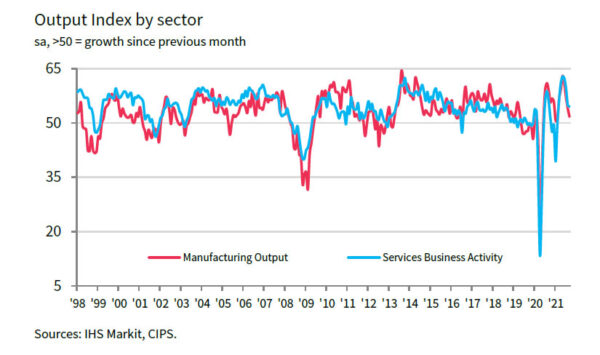