“The fall in unemployment in July reflects an increasingly tight labour market, including high job vacancies and ongoing labour shortages, resulting in the lowest unemployment rate since August 1974,” Bjorn Jarvis, head of labour statistics at the ABS, said. 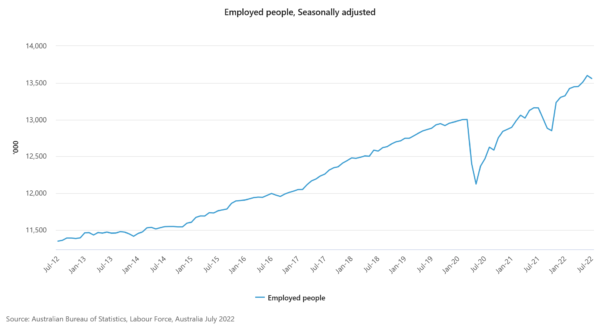 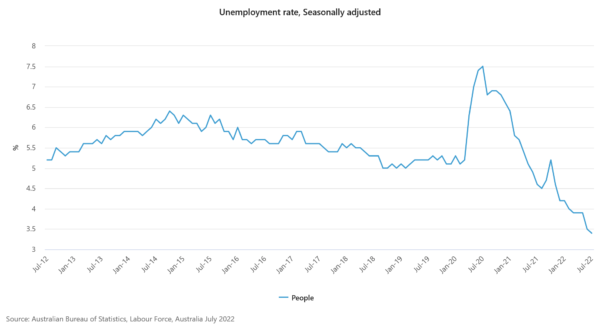