Action Forex
HomeLive CommentsSNB and BoE next, GBP/CHF accelerating down

SNB and BoE next, GBP/CHF accelerating down

SNB and BoE rate decisions are the remaining focuses of the day. SNB is widely expected to rise interest rate by 75bps to 0.50%, back in positive region. There are some speculations of a larger hike, but it’s unlikely. The central would also repeat that appreciation of the Swiss Franc is welcome for now, as it helps curb imported inflation.

Meanwhile, BoE is expected to deliver another 50bps hike to 2.25%. The UK economy is stuck between a rock and a hard place. While inflation appeared to be slowing, “slightly”, it remained close to multi-decade high. On the other hand, weakness has been seen in spending while the economy is already in recession. The voting of today’s decision could contain some surprises.

Some previews on SNB and BoE:

There is risk of further downside acceleration, either on dovish BoE or deterioration in geopolitical risks. In that case, break of 1.0726 could pave the way to 1.0148. 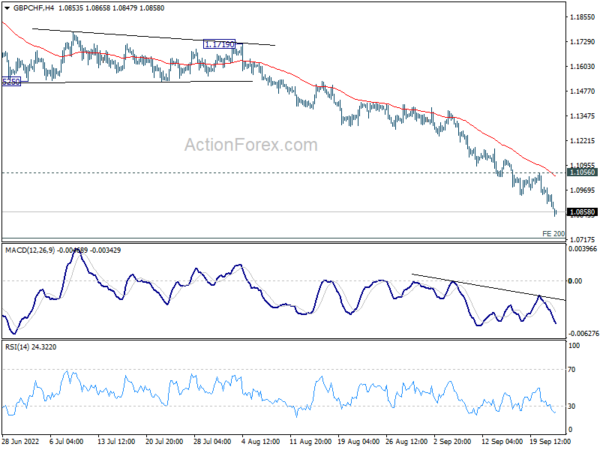 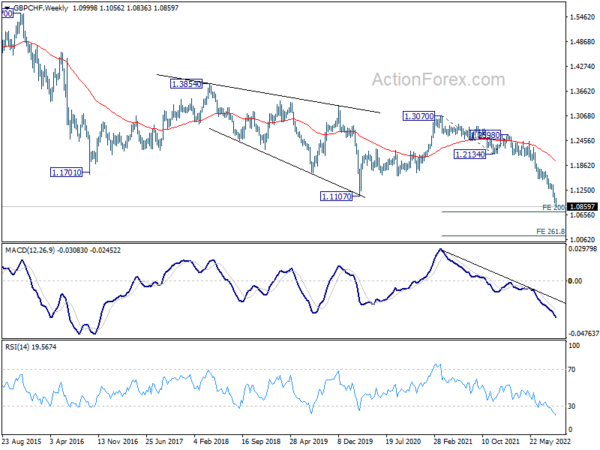