AUD/USD is trading as one of the strongest currencies for today. But based on 4 hour heatmap, it’s starting to lost momentum.

Hourly MACD also suggests that AUD/USD longs might be starting to take profit ahead of 0.7892 near term resistance. 0.7892 is seen as near term trend defining resistance. That is, as long as 0.7892 holds, the decline from 0.8135 is still in progress for another low below 0.7712. But decisive break of 0.7892 should add more credence to the case of near term reversal. 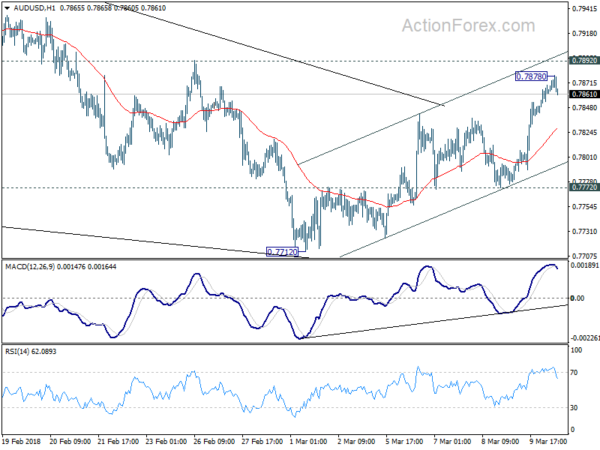 RBA Board Keeps Cash and Bond Rate Targets on Hold