NZD is trading higher together with commodity currencies in general, as seen in daily heatmap. 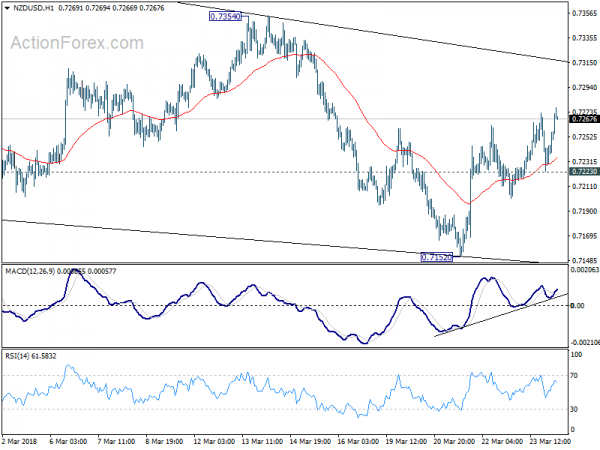 From the daily chart, NZD/USD has been in consolidation since hitting 0.7436. Firm break of 0.7354 will now be a strong signal of resumption of medium term rise from 0.6779. 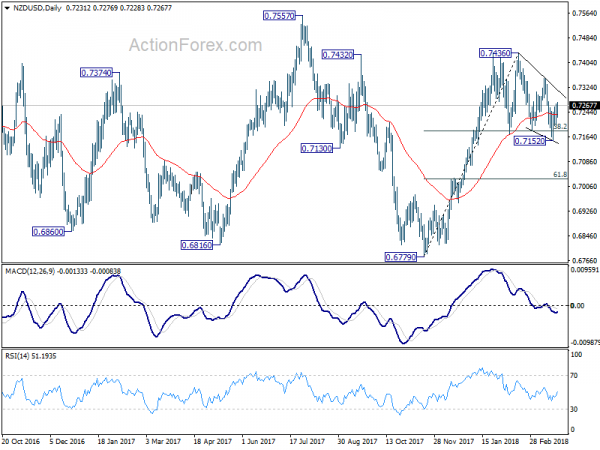