GBPCHF in solid up trend as UK wage growth awaited

Revisiting GBP/CHF that we covered here last week. The strong up trend continues as seen in the action bias table. 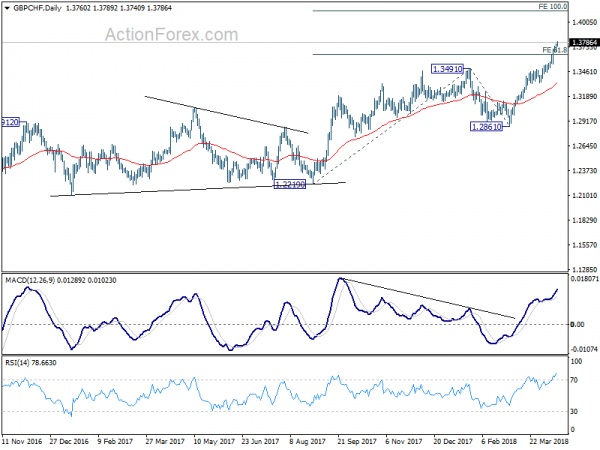 Meeting these expectations will solidify the case for BoE to raise the Bank rate again in May. And the chance of another hike in November would increased too. Missing these expectation might trigger some rethink of the BoE expectations. That could trigger a setback in GBP/CHF’s rally. But the setback should be temporary even in that case, as BoE is still on it’s tightening path. It’s just about the pace.