EUR/AUD stayed in tight range last week as sideway trading continued. Initial bias stays neutral first. Another fall is mildly in favor as long as 1.4994 minor resistance holds. Break of 1.4732 will confirm that fall from 1.5173 is the third leg of consolidation pattern from 1.5226. In that case, further fall should be seen to 1.4421 again. But we’d expect strong support from there to contain downside and bring rebound. On the upside, above 1.4994 minor resistance will turn bias back to the upside for 1.5173/5226 resistance zone instead. 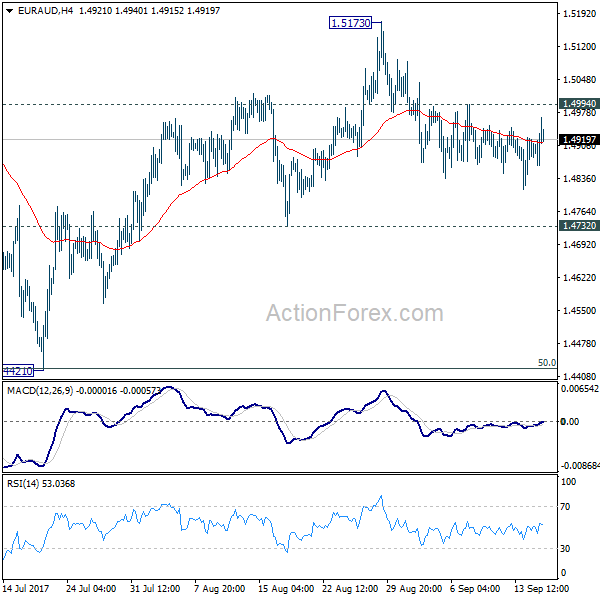 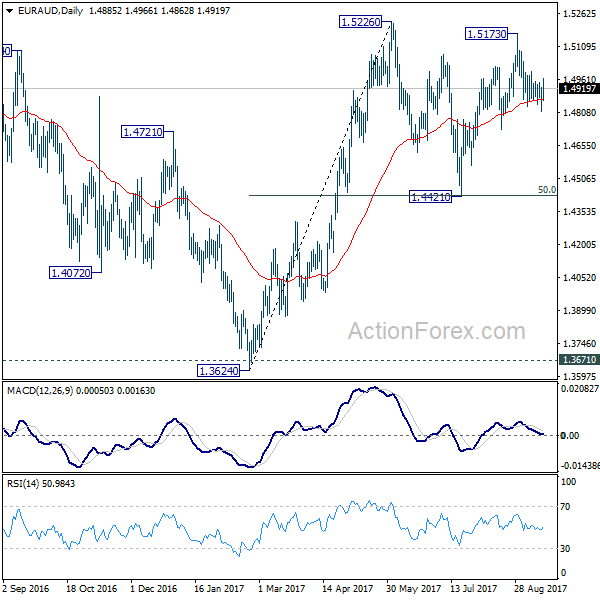 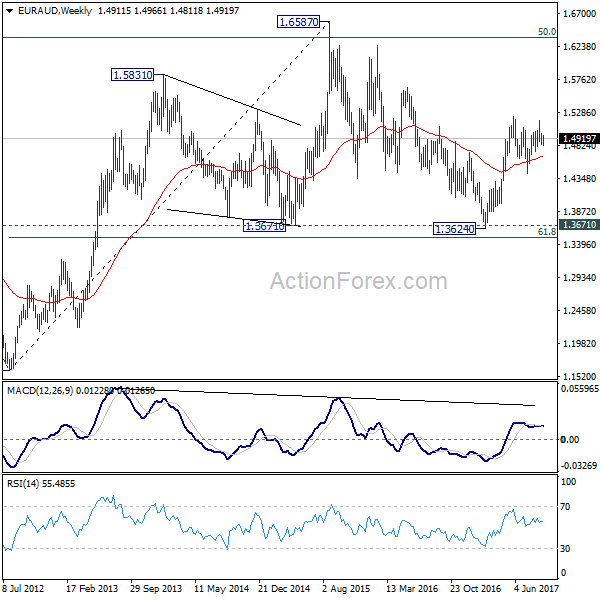 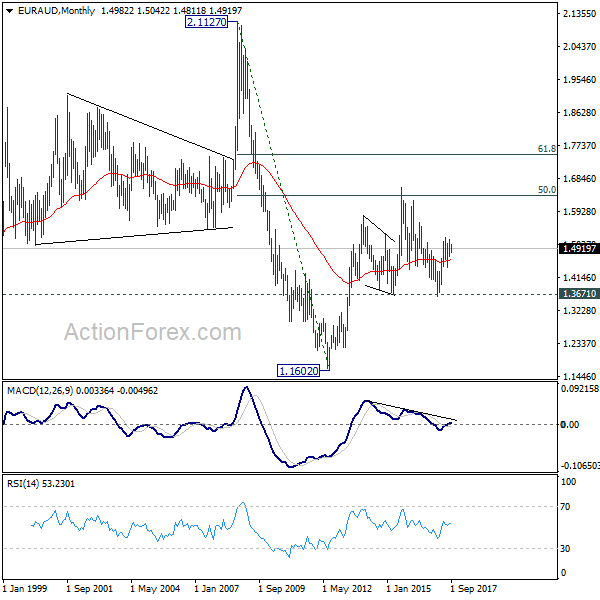