EUR/CHF’s rebound halted after hitting 1.1414 last week. But subsequent retreat was contained well above 1.1221 so support so far. Intraday bias stays neutral this week and further rise remains in favor. On the, above 1.1414 will target 1.1452 resistance first. Decisive break there should confirm bullish reversal, after drawing strong support from 1.1154/98 zone. In that case, outlook will be turned bullish for 1.1713 resistance next. However, break of 1.1221 will turn focus back to 1.1154/98. 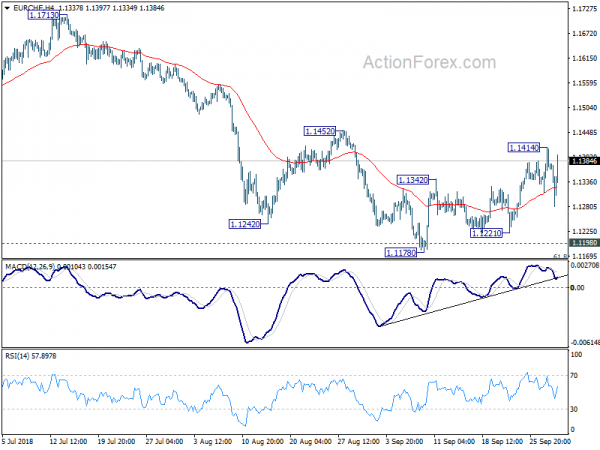 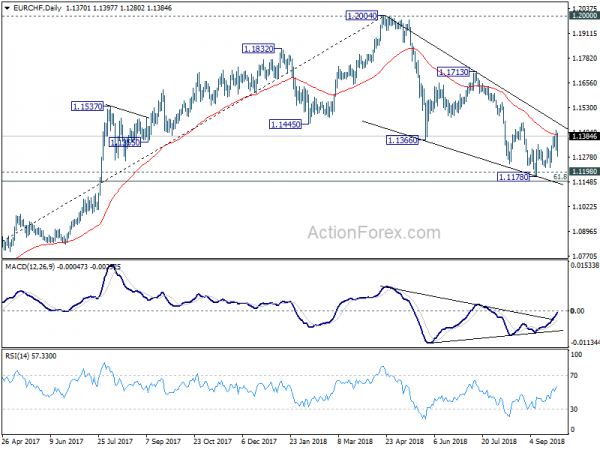 In the bigger picture, price actions from 1.2004 medium term top is seen as a correction only. Downside should be contained by support zone of 1.1198 (2016 high) and 61.8% retracement of 1.0629 to 1.2004 at 1.1154 to complete it and bring rebound. This cluster level is in proximity to long term channel support (now at 1.1234) too. A break of 1.2 key resistance is still expected in the medium term long term. However, sustained break of the mentioned support zone will mark reversal of the long term trend. In that case, 1.0629 key support will be back into focus. 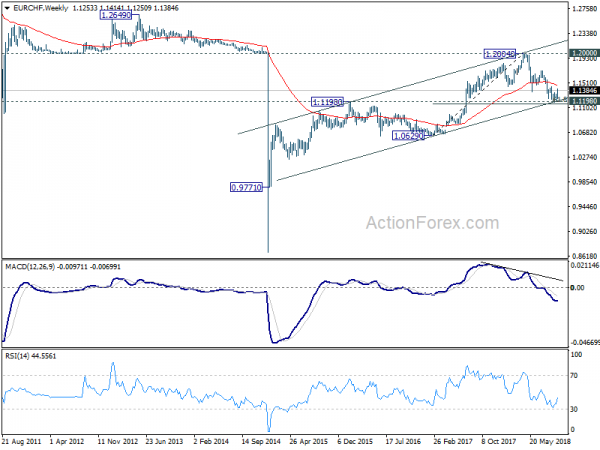 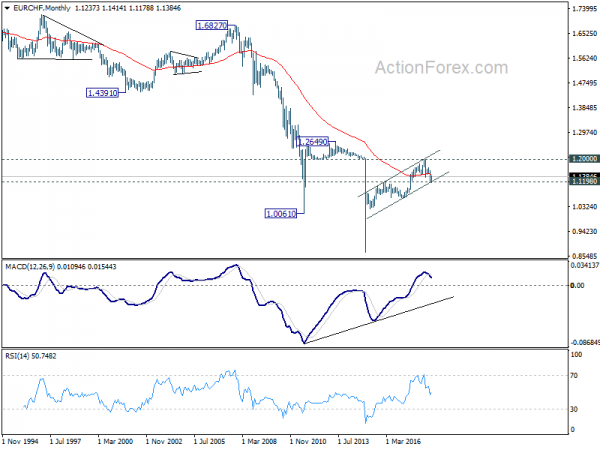