EUR/CHF’s choppy decline continued last week an hit 1.1181 but quickly recovered. Initial bias is neutral this wee first. Outlook is unchanged that we expect strong support from 1.1154/98 support zone to contain downside to bring reversal. On the upside, above 1.1348 resistance will turn bias to the upside for retesting 1.1501 resistance first. However, Sustained break of 1.1154/98 will carry larger bearish implications and extend the whole decline from 1.2004 high. 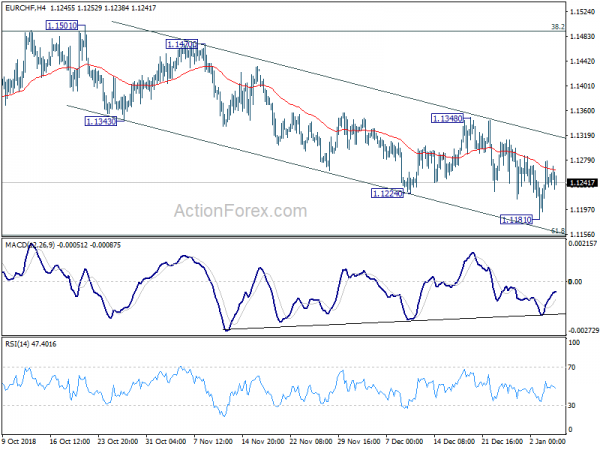 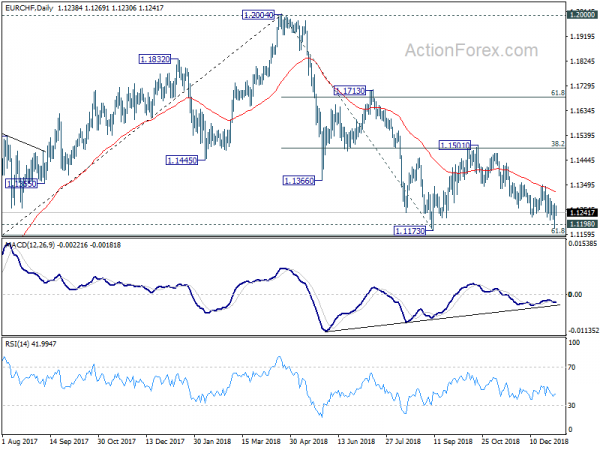 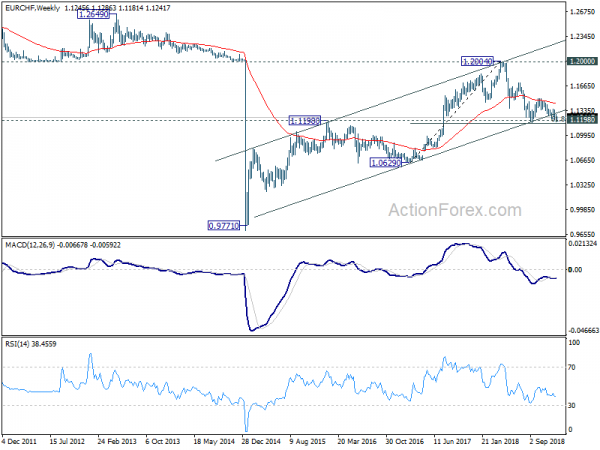 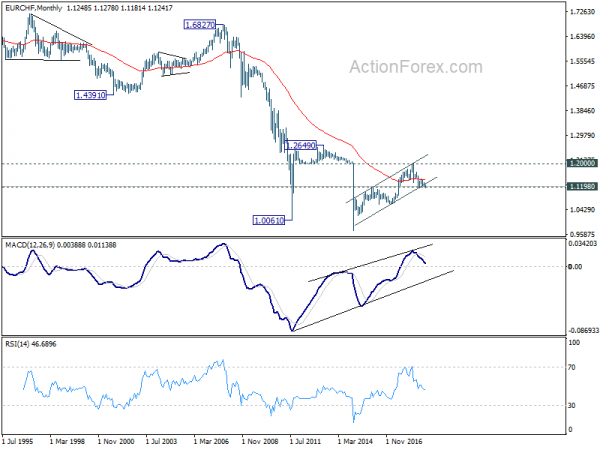