No change in EUR/JPY’s outlook as it continued to stay in consolidative trading between 128.94/132.40 last week. Initial bias remains neutral this week first. Also, as long as 132.40 holds, near term outlook remains bearish for deeper fall. On the downside, break of 128.94 will extend the whole fall from 137.49 to 126.61 medium term fibonacci level next. Nonetheless, break of 132.40 should confirm short term bottoming and turn bias back to the upside for stronger rebound. 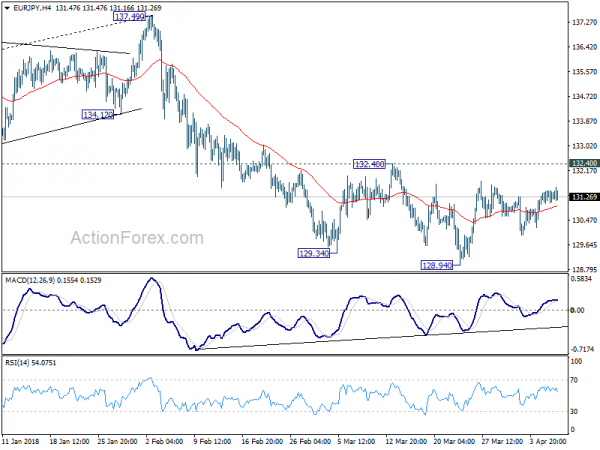 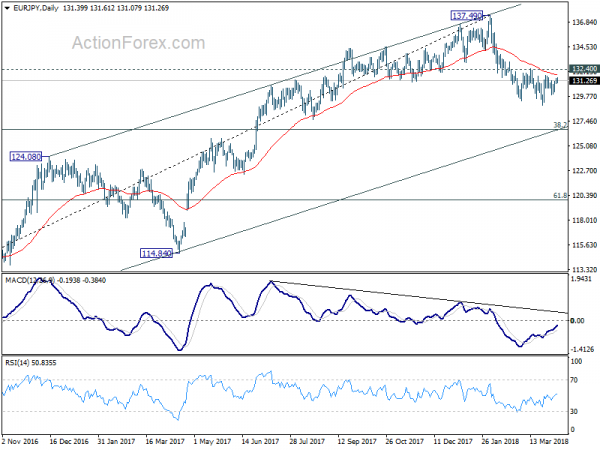 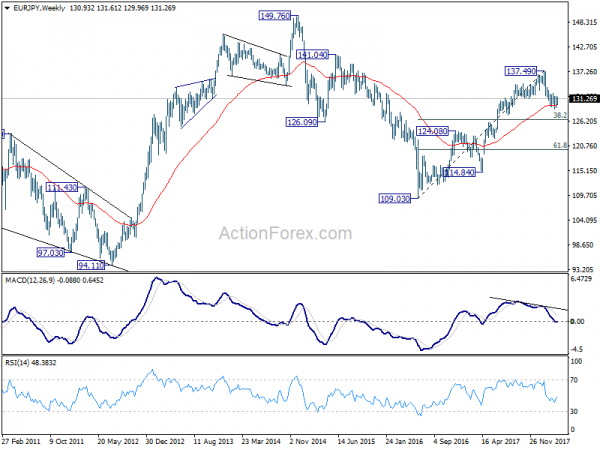 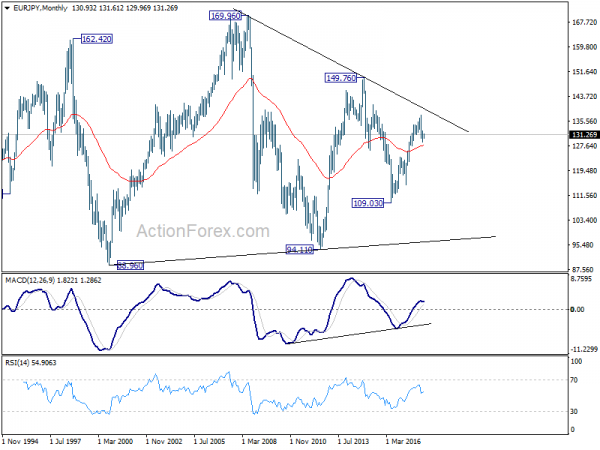