GBP?JPY’s rise from 149.16 continued last week after brief consolidations. Initial bias stays on the upside this week for 153.42 resistance. Firm break there would indicate that the whole corrective pattern from 156.05 has completed. Further rally would then be see to retest this high. However, break of 151.39 support will argue that rebound from 149.16 has completed, and turn bias back to the downside for retesting this low. 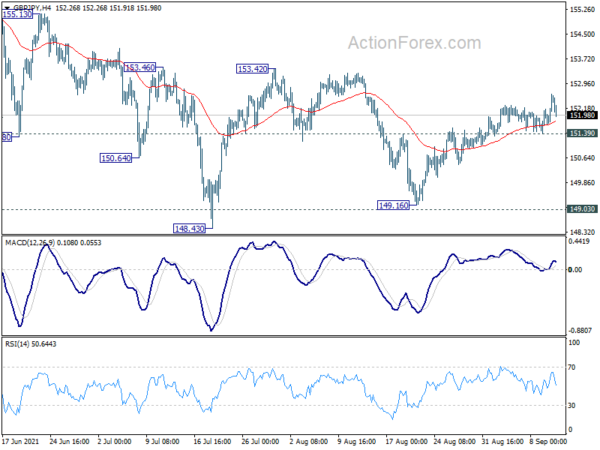 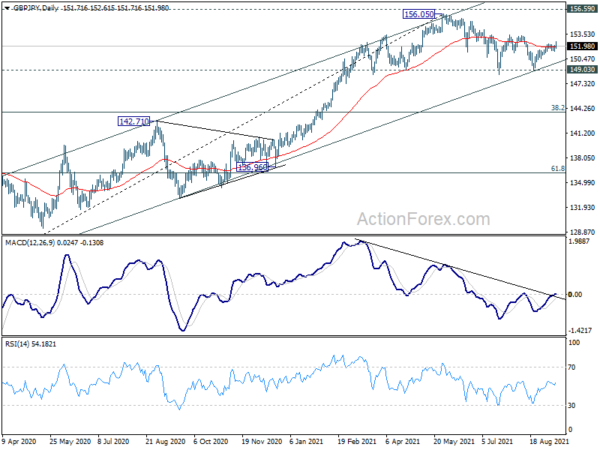 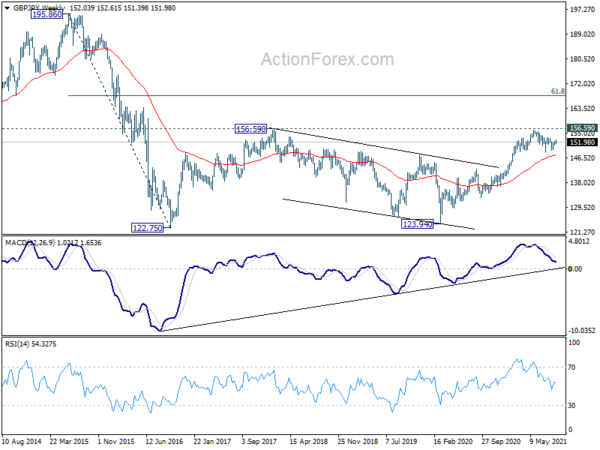 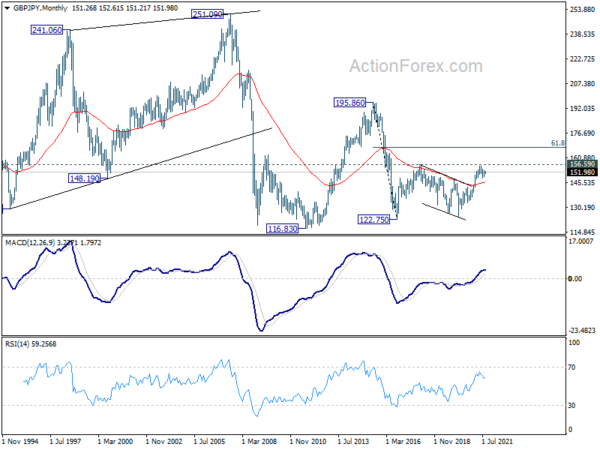