GBP/USD dropped further to 1.3101 last week but formed a temporary low there and recovered. Initial bias remains neutral this week for consolidations first. Upside of recovery should be limited by 1.3471 resistance to bring fall resumption. On the downside, break of 1.3101 will resume the whole decline from 1.4376 and target 61.8% retracement of 1.1946 to 1.4376 at 1.2875 next. 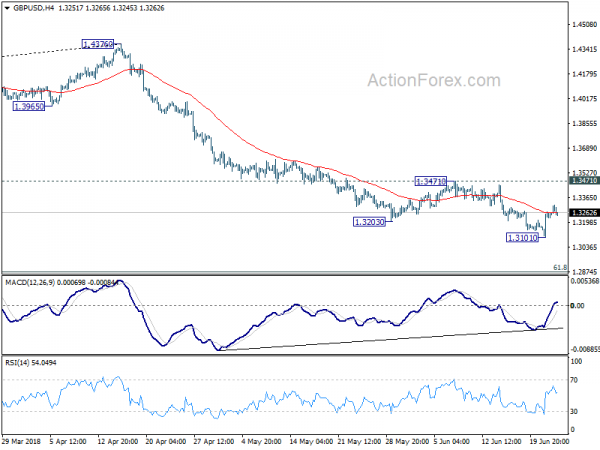 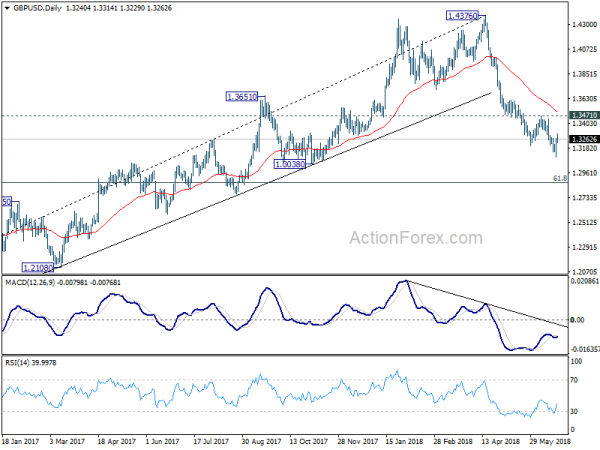 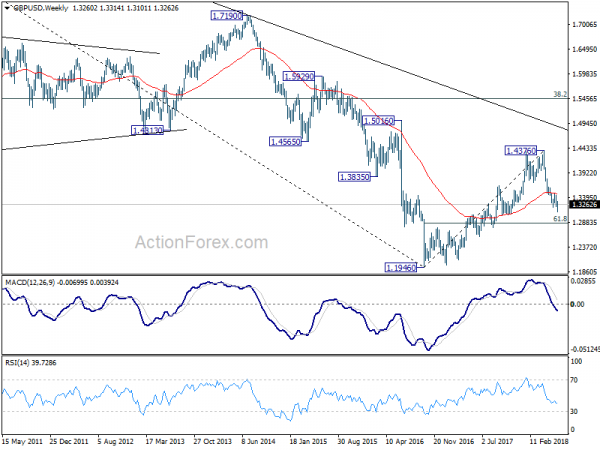 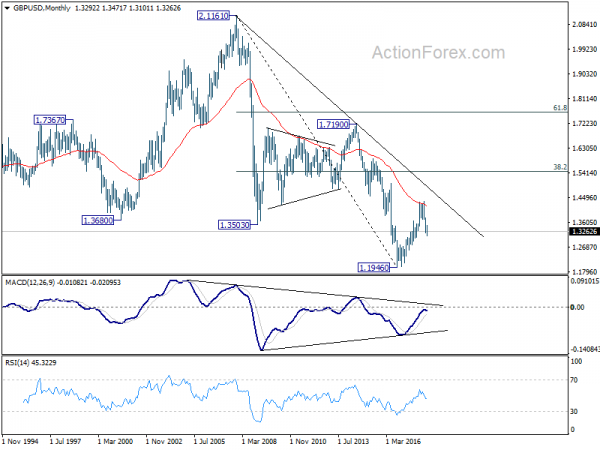