Intraday bias in USD/CHF remains on the upside at this point. Sustained break of 0.9273 resistance will resume whole rise from 0.8925 for 0.9471 key resistance next. On the downside, however, break of 0.9162 support will turn bias neutral and mix up the near term outlook again. 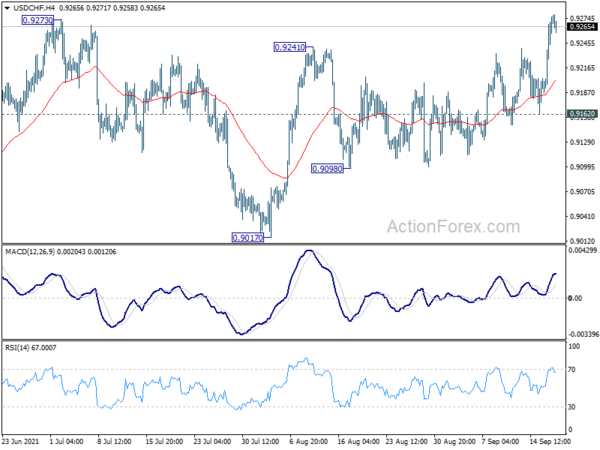 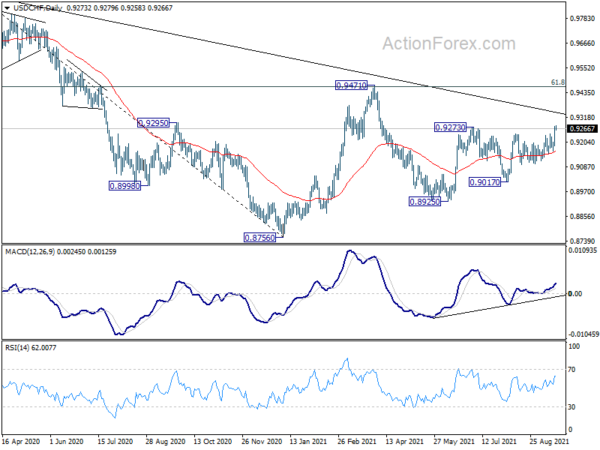