USD/CHF rose to 0.9490 last week but failed to sustain above 0.9469 resistance and dropped sharply since then. With 0.9321 minor support intact, initial bias is neutral this week first. On the downside, break of 0.9321 will indicate completion of the rebound from 0.9186. Intraday bias will be turned back to the downside for 0.9186 first. Break will resume larger down trend to 0.9115 projection level. On the upside, break of 0.9490 will revive the case of near term reversal and turn outlook bullish.

In the long term picture, the strong break of 0.9420 support and downside acceleration turns the long term outlook rather bearish. Corrective rebound from 0.7065 (2011 low) could have already completed at 1.0342. 0.8698 support will be a key level to watch. Sustained break there could bring retest of 0.7065. 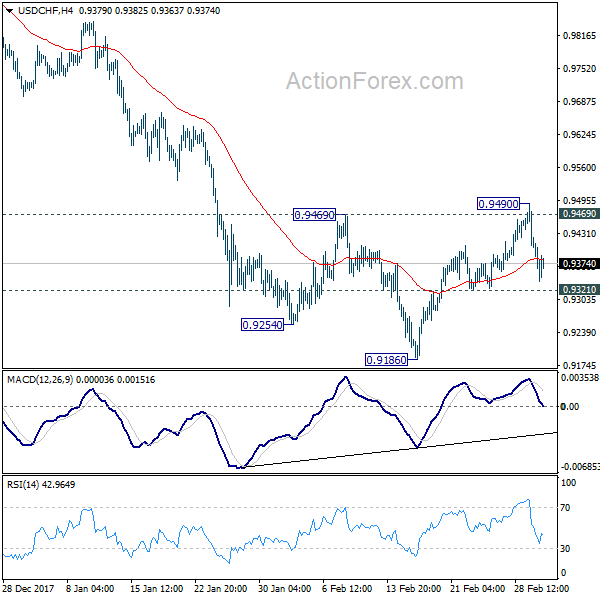 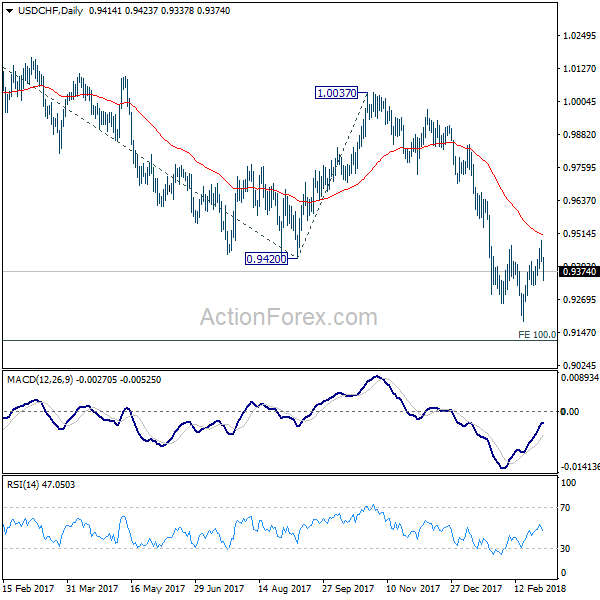 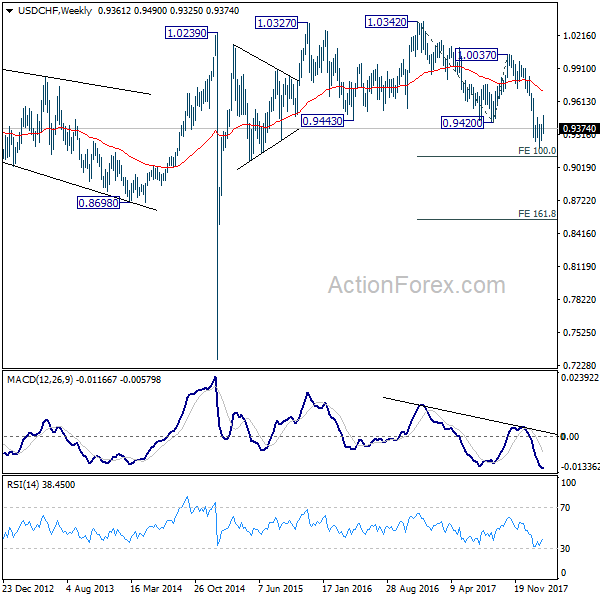 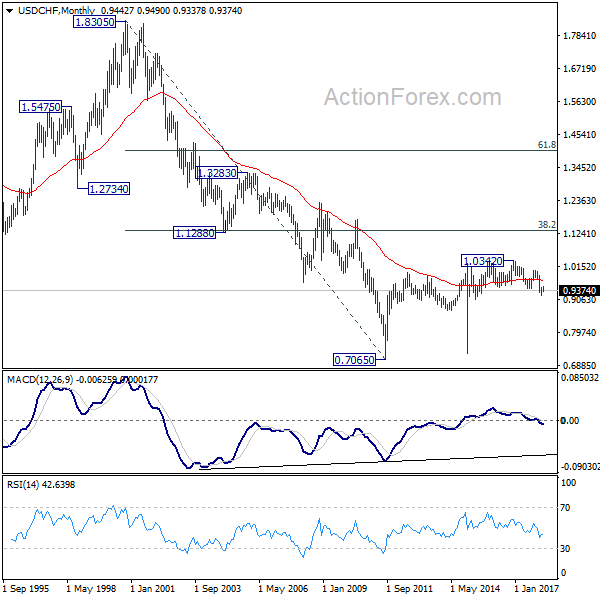