The single currency found renewed buying interest at 132.05 late last week and has staged a strong rebound, the breach of previous resistance at 134.50 confirms recent upmove has resumed and upside bias is seen for this move to extend further gain to 135.00, then 135.50-60, however, near term overbought condition should prevent sharp move beyond 136.00-10 and price should falter below 136.60, risk from there has increased for a retreat to take place later.

On the downside, whilst pullback to 134.00 is likely, reckon the Tenkan-Sen (now at 133.47) would limit downside and bring another upmove later to aforesaid upside targets. A daily close below the Kijun-Sen (now at 133.03 would defer and suggest top is possibly formed, bring weakness to 132.50-60 but said support at 132.05 should remain intact, bring another rebound later. A drop below said last week’s low at 132.05 would confirm top formation, bring weakness to 131.70-75, then towards support at 131.17-23 which is likely to hold from here.

Recommendation: FINAL UPDATE, HOPE TO SEE U ALL SOON. 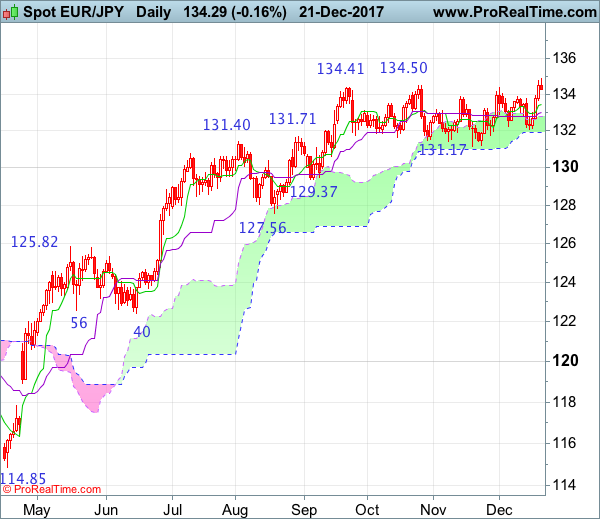 On the downside, expect pullback to be limited to 133.90-00 and the Tenkan-Sen (now at 133.03) should hold, bring another rise later. A weekly close below the Tenkan-Sen would bring weakness to said support at 132.05, however, a sustained breach below there is needed to suggest top is possibly formed, bring test of support area at 131.17-23. Looking ahead, only break of indicated strong support at 131.17 would shift risk to downside and suggest a temporary top has been formed, bring retracement of recent rise to support at 130.90-00, then 130.20-25 but reckon downside would be limited to 129.37 support and previous support at 127.56 should remain intact. 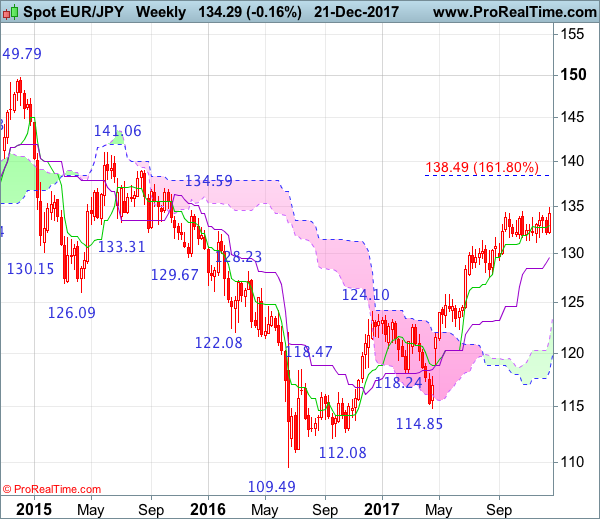