Despite yesterday’s brief rise to 1.3269, the subsequent sharp selloff after BOE signals top has been formed there, hence consolidation below this level would be seen and near term downside risk is for test of 1.3097 support, break there would add credence to this view, bring retracement of recent rise to 1.3070 support, then towards 1.3052, however, near term oversold condition should limit downside and reckon support at 1.2999 would hold. 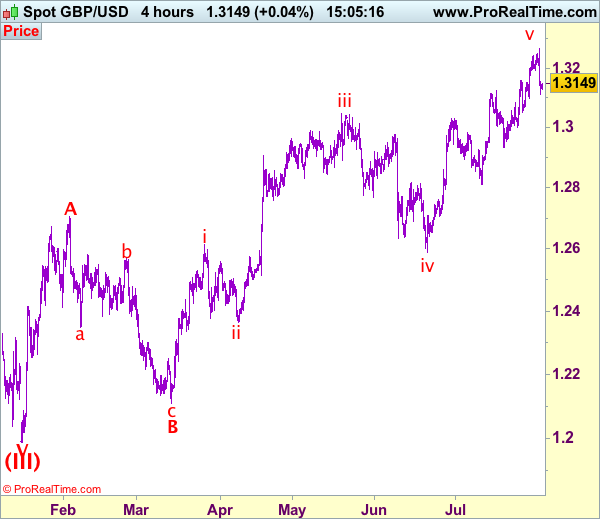