Last week’s rally above previous resistance at 130.40 signals early fall from 131.40 has ended at 127.56 and mild upside bias is seen for further gain to 131.10-15, however, break there is needed to retain bullishness for retest of said recent high at 131.40, once this level is penetrated, this would extend early upmove to 131.90-00 but near term overbought condition should prevent sharp move beyond 132.50-60. 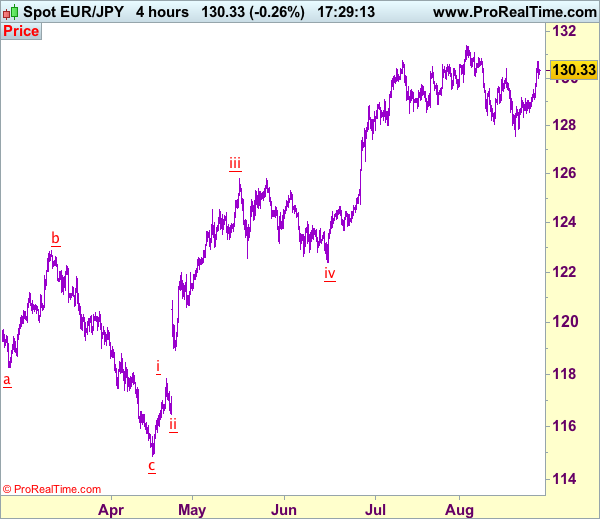